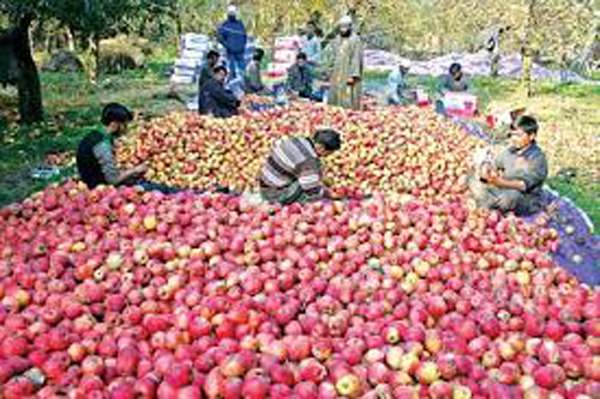 Around 11, 000 trucks carrying one crore boxes of apple have been sent to outside markets by the traders in Kashmir which is around 40 percent less than normal for this time of the year.

Despite restrictions, trucks carrying apples moved on the highway since August 5 when clampdown was imposed in Kashmir after scrapping of Articles 370 and 35A of the Constitution.

On August 5, 75 trucks carrying fresh fruit were sent outside Kashmir with 105 sent to outside fruit markets on second day of the clampdown as authorities ensured that supplies are not affected and hassle free movement of trucks is ensured in and out of the Valley.

However, on August 13, not a single truck carrying fresh fruit moved out of the Valley and the highest number of apple trucks- 708- were sent outside Valley on September 22.

In August, 3660 trucks carrying apples were sent outside Kashmir markets and for September the number stood at 6506.

According to the official data, around 500 apple trucks move out of Valley these days while last year it was over 1000.

Three traders including a girl were shot at and injured by militants who targeted them for operating from the Sopore fruit market. This led to the panic in the area with traders choosing to operate outside the markets without annoying the militants or the Government.

Director Horticulture Ajaz Ahmad Bhat said that Kashmir produces 22 metric ton of apple annually and the industry is worth Rs 10, 000 crore which is a major source of livelihood for lakhs of people of the Valley. He said 1.67 lakh hectares of land are under apple cultivation and 7 lakh families are dependent on the apple industry in Kashmir.

He said that this year due to favourable weather conditions the yield of apple crop was 10 percent more than normal. However, due to unfavourble situation, the traders and growers have suffered losses due to panic selling fetch them less returns. Some growers especially in South Kashmir are not able to pluck their apples yet leading to rotting of apples and heavy losses.

Stop children from choosing violence, it is against Islam, Mehbooba Mufti to parents

SC issues notice to Centre on detention of Farooq Abdullah, asks for reply by September 30 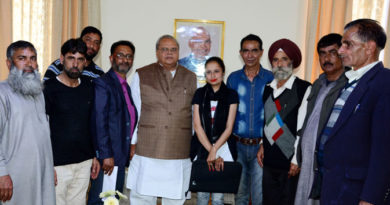