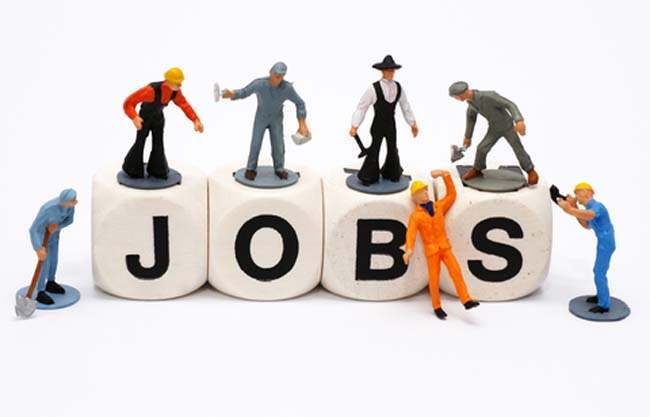 The country’s unemployment rate stood at 23.5 per cent in May 2020 – the same rate recorded in the previous month.

Labour market conditions improved in May as a number of people returned to work, despite the unemployment rate remaining “very high” at 23.5 per cent, think-tank Centre for Monitoring Indian Economy (CMIE) said on Tuesday. A total 2.1 crore jobs were added in May, and the labour participation rate improved significantly, CMIE said in a statement released on Tuesday. The latest data on unemployment from the private sector think-tank comes days after the country entered the fifth phase of a nationwide lockdkown to curb the spread of the coronavirus pandemic, which has battered an already-slowing economy, impacting businesses and landing thousands of workers jobless.

Here are 10 things to know about this big story:

Of the 2.1 crore jobs added in May, 1.44 crore constituted small traders and wage labourers who account for a third of the total employed population. As the economy has been opening up gradually in parts of the country, this predominantly self-employed class are back to their businesses.

The increase in jobs by 2.1 crore last month translates into growth of 7.5 per cent over the previous month, and the jobs of small traders and wage labourers surged 39 per cent, the CMIE said.

“While the main labour market metrics indicate an improvement in May compared to April, the labour market conditions still remain much weaker than they were before the lockdown,” Mr Vyas wrote.

He, however, expressed concern over the continued loss of good quality jobs. “Salaried jobs are relatively difficult to get. And, salaried jobs lost during a lockdown are far more difficult to recover. These are also the better jobs,” Mr Vyas wrote in the report.

Meanwhile, many economist groups have lowered their growth projections for the current financial year due to the damage caused by the COVID-19 outbreak, with some even warning of the worst recession in years.

But economic growth slumped to an 11-year low even before the full onset of coronavirus, and economists say the real impact of the pandemic on the ailing economy is going to be visible in the June quarter.

Last week, official data showed the country’s gross domestic product (GDP) expanded 3.1 per cent in January-March, reflecting only the partial impact of the COVID-19 lockdown on the manufacturing and services sectors. With that, the annual expansion in the GDP stood at 4.2 per cent in fiscal year 2019-20 – the lowest pace of growth in 11 years.

On Monday, Moody’s downgraded India’s credit rating to a notch above junk, citing a prolonged period of slow growth in Asia’s third-largest economy, rising debt and persistent stress in parts of the financial system. It slashed the rating to “Baa3” from “Baa2”, maintaining a negative outlook for the new sovereign rating.