Twenty anti-corruption bureau officers from Jammu and Kashmir will attend a 10-day training programme at the CBI Academy in Uttar Pradesh from July 22, officials said Friday.

There are three superintendents of police (SPs) among them.

Sanction has been accorded for deputation of 20 officers of the anti-corruption bureau for undergoing a 10-day training programme at the CBI Academy in Ghaziabad from July 22, Deputy Secretary at the General Administration Department Mohmmad Usman said in an order.

Those who have been selected for the training include Senior Superintendent of Police Dilap Kumar, and superintendents of police Sandeep Gupta and Mushtaq Ahmed Choudhary.

There are eight deputy superintendents of police, one senior prosecuting officer and eight inspectors among the 20 officials, as per the order. 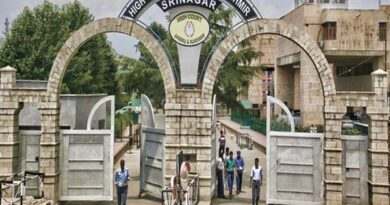