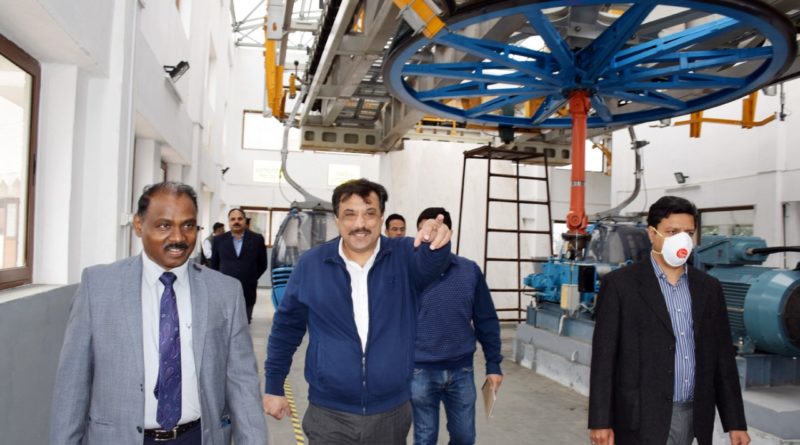 Lieutenant Governor, Girish Chandra Murmu today conducted a whirlwind tour of Jammu city and adjoining areas to take stock of the present status of various ongoing projects.
Reviewing the pace of work on several key developmental projects during his tour of the Jammu city, the Lt Governor impressed upon the officers to work in synergy with each other to remove any difficulties coming in the way of progress of works.
Shri Sanjeev Verma, Divisional Commissioner Jammu; Ms. Sushma Chauhan, Deputy Commissioner Jammu; Ms. Avny Lavasa, Commissioner, Jammu Municipal Corporation (JMC); Ms. Babila Rakwal, Vice Chairperson Jammu Development Authority; Shri Majid Khalil Ahmad Drabu, Managing Director J&K Cable Car Corporation; Shri Ashok Sharma, Chief Engineer I&FC other senior officers and representatives of NHAI accompanied the Lt Governor, during his visit.
The Lieutenant Governor asked the Jammu Municipal Corporation to intensify the sanitation and disinfection drive in the city so that any kind of risk in the wake of COVID-19 is mitigated. He further stressed for implementation of government advisories and directions issued time to time with regard to COVID-19 in letter and spirit.
During his tour, the Lt Governor inspected General Bus Stand and took stock of the modernization project and development of multi-level car parking there. It was given out that the work on this prestigious project is near the completion stage. The Lt. Governor directed the executing agency to complete the remaining work within next ten days as per the earlier directions so that parking facility could be thrown open for the public.
The Lt Governor also visited the site of Multi level parking project at Panjtirthi. While reviewing the status of the project, he was informed that the tendering process of the project has been completed. The Lt Governor asked the concerned officers to start the execution work at the earliest.
Lt Governor inspected the sites of Jammu Ropeway Project from Peer Kho to Mahamaya (Phase-I) and from Bagh-e-Bahu to Mahamaya (Phase-II). He directed the concerned to complete the pending works on Jammu Ropeway Project without compromising the safety and security of the passengers so that the project is thrown open for general public at the earliest.
While inspecting the ropeway project, the Lt Governor on observing encroachment on Tawi river bed and along the banks, directed the officers concerned to remove the encroachments forthwith and speed up the notification of Tawi river zone as a prohibited area for any kind of construction, with penal provisions for violations.
Meanwhile, the Lt Governor visited various spots on Jammu Semi-Ring Road Project and Jammu-Akhnoor Road and inspected the ongoing works there.
The NHAI officers apprised the Lt Governor about the present status of work on the prestigious road projects. It is pertinent to mention here that the 58.25 km long, 4 lane Semi-Ring Road will start from Raya Morh of Jammu-Pathankot National Highway in Samba district and connect with Jagti on the Jammu-Udhampur National Highway. There will be 8 large bridges, 8 flyovers, 2 tunnels and 4 Viaducts on the route.
On Jammu-Akhnoor road widening project, the NHAI officials briefed the Lt. Governor about the status of the work done so far in respect of package 2 and 3. They further briefed him about the weekly targets set for the completion of entire stretch. Trees cutting and structure removal work for smooth execution of work on Jammu-Akhnoor Road project is also in progress.
The Lt. Governor asked the executing agencies to expedite the pace of work for its timely completion. He stressed upon the officers for constant monitoring of these projects so that tangible results are achieved on the ground.
He directed the officers concerned to remove all the bottlenecks, if any, through coordinated approach with the Central as well as local agencies of J&K.
He asked the officers and executing agencies to give utmost attention to each on-going project for timely completion saying that government is committed to ensuring a free flow of funds to each of these projects.
Meanwhile, the Lieutenant Governor while inspecting the ongoing work on de-silting of Ranbir canal and its distributaries, expressed dissatisfaction over the slow pace of work on de-silting of the canal. He asked the concerned to speed up the pace of de-silting and repair work so that the water is released in the canal and stressed for ensuring timely supply of irrigation water to the tail end areas of Ranbir Canal.
He directed the Municipal Commissioner to ensure installation of dustbins along the Ranbir canal and take strict action against the violators who litter garbage or any other waste material into the canal. 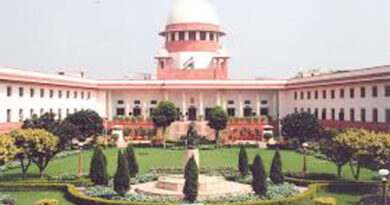 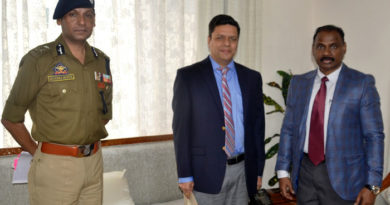 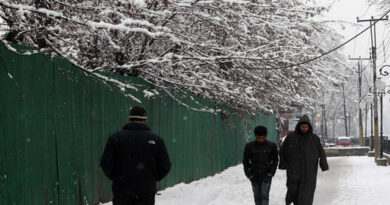