Two CRPF personnel died and five others injured, they said, adding the firing is still going on.

Motorcycle-borne militants gunned down five Central Reserve Police Force (CRPF) personnel in an audacious daylight attack on one of the busiest roads in south Kashmir’s Anantnag town on Wednesday — the first major terrorist strike since the killing of 40 soldiers by a suicide bomber in Pulwama in February that brought India and Pakistan to the brink of war.

The station house officer (SHO) of Anantnag, three CRPF personnel and a civilian woman were also injured in the attack that occurred on the bustling Khanbal Pahalgam (KP) Road that is also frequented by pilgrims on the Amarnath Yatra, which begins in roughly three weeks.

Police said two motorcycle-borne militants drove down KP Road and opened fire at 4.50pm at a contingent of CRPF personnel belonging to the 161 Battalion that was deployed at the spot. The CRPF personnel were on law-and-order duty and part of the Road Opening Party.

Additional forces led by Anantnag SHO Arshad Khan and a Quick Reaction Team (QRT) rushed to the spot, only to face a volley of bullets from the militants, who also hurled grenades at the forces. In the ensuing gunbattle, one militant was killed and he is believed to be a foreigner, said a CRPF spokesperson. An AK-47 rifle was recovered from the militant.

A health department official said on condition of anonymity that Khan, who suffered a gunshot wound in his chest, was in a critical condition. He and three paramilitary personnel are being treated at the army’s 92 Base hospital.

A police spokesman termed the strike as a “stand-off firing attack”.

“In this terror incident, five CRPF personnel were killed while repulsing the terror attack. Three security force personnel, including SHO Anantnag inspector Arshad Khan, sustained gunshot injuries. In the retaliatory action, the terrorist was gunned down on the spot. From the materials recovered, it is found that the dead terrorist was a foreigner,” the spokesperson added.

Minutes later, Al-Umar Mujahideen, a militant outfit led by Mushtaq Zager, who is currently based in Pakistan, claimed responsibility for the attack.

The CRPF personnel killed in the attack were identified as assistant sub-inspector (ASI) Ramesh Kumar of Jhajjar, Haryana; ASI Nirod Sarma of Nalbari, Assam; and constables Satendra Kumar of Uttar Pradesh’s Muzaffarnagar, Mahesh Kushwaha of Gazipur, UP, and Sandeep Yadav of Madhya Pradesh.

This is the first major strike on security forces since the February 14 suicide strike that killed 40 soldiers in what was the worst attack in Kashmir’s history. After the Pulwama strike — which occurred on a highway roughly 35km from the spot where Wednesday’s firing took place — the army and other forces tightened security across the Valley, especially in the militant hotbed of south Kashmir.

“It is too premature to connect today’s attack to the Amarnath Yatra. Over 100 terrorists have been eliminated in the first six months (of 2019) — which is much higher than the previous years. Terror organisations such as the JeM [Jaish-e-Mohammed], HM [Hizbul Mujahideen], etc, are under pressure,” a senior official of the home ministry said on condition of anonymity.

The Pulwama attack was claimed by Pakistan-based JeM and ratcheted up tensions between India and Pakistan. Indian forces undertook a strike on terror targets across the border in Balakot; Pakistan sent its jets in retaliation, which triggered the first dogfight between the two neighbours in roughly half a century. However, after Pakistan returned captured air force pilot Abhinandan Varthaman on March 1, tensions have been mostly contained.

Wednesday’s attack took place at a spot on KP Road that is considered a vulnerable spot as similar strikes have taken place in the past. In January this year, two personnel of the security forces were injured in a grenade attack in the area. Two policemen were killed in an encounter in a nearby area in 2016.

The attacks were condemned by politicians in the Valley. “Very sorry to hear about the attack on the CRPF personnel in Anantnag today. I unreservedly condemn this attack & pray for the souls of the departed. May the injured make a speedy & complete recovery,” tweeted former chief minister Omar Abdullah.

“Strongly condemn the barbarous attack on security personnel in Anantnag. My heart goes out to families of our martyred CRPF personnel. Prayers for speedy recovery of those injured “ tweeted former chief minister Mehbooba Mufti.

In the first five months of this year, security forces killed 101 militants, including some top commanders of terror outfits in different parts of Kashmir. Many of the militants were killed in south Kashmir. After the Pulwama attack, 81 militants have been killed and 24 security personnel — including the five who died on Wednesday — have lost their lives. 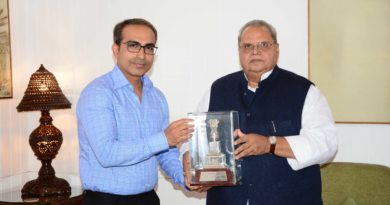 Rajbhavan bids farewell to its Officer 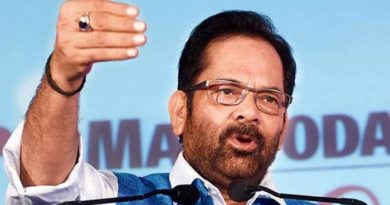 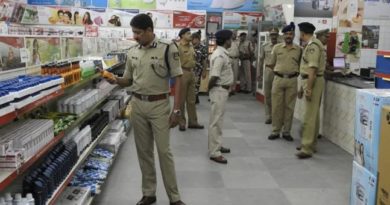