The Valley’s domination within the state has been a bone of contention. Home Minister Amit Shah could zero in on it.

The last time constituencies were delimited for the Jammu and Kashmir Assembly was in the early 1990s. The commission initially decided that the Kashmir valley should have 44 seats, the Jammu division 39 seats, and the Ladakh region four.

The commission, which had been appointed to carve out the state’s Assembly constituencies afresh, had gone by the norms — which mandate that population and area are both to be considered. So, although Ladakh is very sparsely populated, it merited four seats across its huge sprawl.

This initial decision of the commission would have radically altered the regional balance within the state — between the Valley, the Jammu division and Ladakh. For the previous delimitation had given Kashmir 42 seats, the Jammu region 32, and Ladakh two in a 76-member house.

A top-ranking government functionary, responsible for the state, had sagely suggested that the change be made gradually. The logic of numbers-plus-area could be fully implemented by the time the next delimitation took place, he suggested.

He did not want Kashmir — which was still in the throes of insurgency and proxy war — to suddenly feel disempowered in terms of representation in the house. The commission’s numbers would have given Jammu and Ladakh together 43 seats — almost as many as the Valley’s 44 in an 87-member house.

So, when delimitation was announced, the Valley was given 46 seats, the Jammu region 37, and Ladakh got the four the commission had thought it deserved.

Over the next few years, the effort to cushion the shock of change for the Valley was converted into an opportunity to block further change.

Ever since that delimitation was announced, the dominant political leaders from the Valley have been determined to delay the next delimitation. 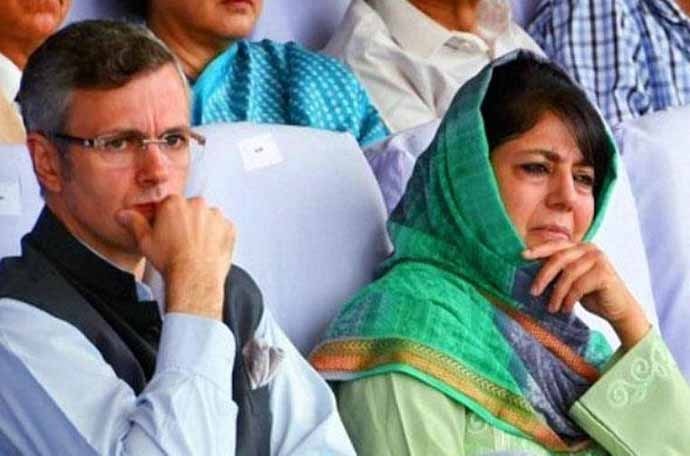 Strategy, Strategem: The leadership of Kashmir has always tried to delay the delimitation exercise. (Photo: PTI)

A law was passed in 2002 to effectively delay the work of the next delimitation commission until after the 2031 census. The next phase of rebalancing would only take effect in the latter half of the 2030s.

Politically conscious Jammu-based activists have been irate over this, seeing it as a ploy to retain Kashmir’s political predominance within the state.

Indeed, the power imbalance has been extraordinary — three of the state’s four representatives in India’s Constituent Assembly were from Kashmir.

The Valley’s domination within the state was even more marked. When a Cabinet was formed after the state’s Constituent Assembly was elected in 1951, four of the five members (Sheikh Abdullah, Bakshi Gulam Mohammad, Mirza Afzal Beg and Sham Lal Saraf) were from the Valley.

The Jammu-based Praja Parishad, which more or less metamorphosed into the Bharatiya Jana Sangh or BJS — the predecessor of the BJP — contested Kashmir’s domination.

The BJS, which was formed by Syama Prasad Mookerjee in 1952, also foregrounded the full integration of the state. Its chief slogan in those early years was ‘Ek nishan, ek vidhan, ek pradhan’ (one flag, one constitution, one premier).

Most observers expected that the abrogation of Articles 370 and 35(A) — which have come to represent the state’s special status in most minds — would now be high on new home minister Amit Shah’s to-do list.

Instead, he has reminded the country — and more so, the state’s politicians — that regional imbalance within the Assembly is also an issue. On his mind: Home Minister Amit Shah has reminded the country that fixing the power imbalance in J&K is on his agenda. (Photo: Reuters)

The government would surely not want to unsettle the Valley — or give a handle to those who would project the move as arbitrary use of the Governor’s powers.

Those powers are almost unlimited during Governor’s Rule, but experts would argue that this is not so when Governor’s Rule is converted to President’s Rule, as now.

In any case, the report has served to place the issue of regional power imbalances front and centre — it was, after all, only in 2005 that a leader from the Jammu division, Ghulam Nabi Azad, finally became chief minister of the state.

Meet the Women Leading the Charge in Jammu & Kashmir 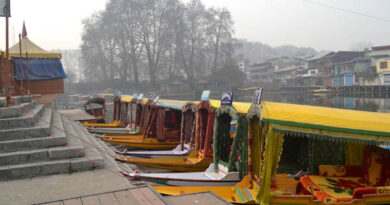 Prolonged shutdown and unrest push many including Shikarawalas to starvation