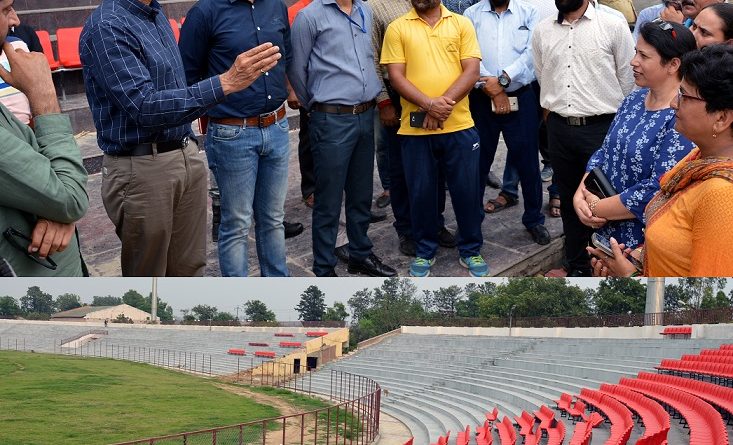 Advisor to Governor, K. Vijay Kumar today said that governor’s administration has accorded top priority to the development of sports infrastructure and promotion of sports culture in the state to nurture the sports talent of the youth of Jammu and Kashmir.
The Advisor was interacting with the sports persons and athletes during his visit to MA Stadium Jammu conducted to take appraisal of the ongoing development works there.
The Advisor took stock of up-gradation, renovation and development of sports facilities being carried out in the stadium as per BCCI norms. The project has been undertaken under Prime Minister’s Development Package (PMDP) and executed by NPCC at an estimated cost of Rs 42.17 crore.
The Advisor was accompanied by Secretary J&K State Sports Council, Naseem Javid Chowdhary and other senior officers of various departments.
The NPCC functionaries presented a detailed report of various ongoing activities of the project including Main Pavilion-Extension and its up-gradation as per BCCI norms, refurbishing works of the seating area having the capacity of 17000 seats, installation of chairs, provision of public utilities, food plaza, installation of floodlights, development of cricket ground with natural surface, practice pitch and proper drainage system.
It was informed that an amount of Rs 27 crore has been incurred on the project so far and the remaining work would be completed by September this year. The Advisor was apprised that the work on up-gradation of seating terrace has been completed, while work on fixing of chairs is in progress and roof work of Main Pavilion is near completion.
He directed the executing agencies to expedite the construction work so that it is completed in a stipulated time frame.
Meanwhile, the Advisor also interacted with the coaches and athletes from various disciplines and discussed about the available sports infrastructure/facilities and steps needed to be taken for further upgradation of existing infrastructure and facilities for budding sports lovers.
Secretary JKSSC informed that the government has sanctioned sufficient funds for the upgradation of sports infrastructure in the state.
On the occasion, the budding athletes, senior coaches and other athletes who have brought laurels to the state in their respective sports fields projected their issues before the Advisor, which include pension schemes for coaches, reservation in jobs for outstanding sports persons under SRO-49 and many others.
Responding to the demands raised by the players, the Advisor said that suggestions from ace sports persons will be inculcated and taken due care while framing the plans for development of sports infrastructure. He said sports bear great importance in the process of an evolution of a disciplined, progressive and healthy society. 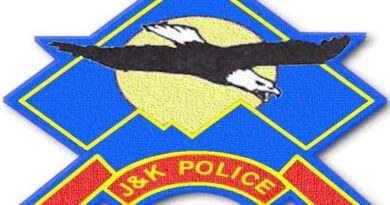 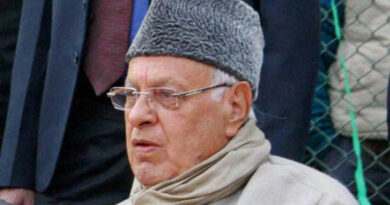