With a recent surge in COVID-19 cases across the country following substantive relaxations in movement of people via air and rail routes under Lockdown 4.0, it has become all the more imperative to be aggressive in contact tracing and surveillance, Chief Secretary, B V R Subrahmanyam said this while reviewing the COVID-19 mitigation efforts in the Union Territory with all Deputy Commissioners and Chief Medical Officers, here over a video conference.
Financial Commissioner, Health & Medical Education Department, Divisional Commissioner, Kashmir/Jammu and Director, Health Services, Kashmir/Jammu were also presented during the interaction.
At the outset Financial Commissioner, Health gave out a brief regarding the state of readiness and the Coronavirus case scenario in Jammu and Kashmir. It was revealed that with 11835 tests per million population, Jammu and Kashmir is highest in the country. The doubling rate of 17.2 days and recovery rate of around 44% in the Union Territory are also more than the National average. Financial Commissioner also gave an account of availability of logistics including Personal Protective Equipments (PPE), Ventilators, Nebulizers and Realtime PCR Machines among others.
Appreciating the efforts of the health workers and administration across all districts in dealing with the COVID-19 pandemic, Chief Secretary said that 48% of all positive cases in the Union Territory, being contacts, indicate highly aggressive contact tracing and surveillance. Whereas, travellers from different parts of the country amounting to 32% of the total positive cases can be attributed to the stringent policy to sample, test and quarantine of each incoming individual to the Union Territory, Chief Secretary added.
Emphasising the need to maintain a stable Coronavirus situation in the Union Territory, Chief Secretary directed the Divisional/Deputy Commissioners to judiciously utilize the enhanced testing capacity through a rationale allocation among the districts.
Highlighting the success in identifying suspect cases among the population through the health audit- ‘Swasthya Nidhi’, Chief Secretary asked the Deputy Commissioners to make best use of this initiative in order to identify symptomatic persons who require testing. He also directed the Deputy Commissioners to promote utilization of Aarogya Setu App amongst the population.
Attributing the recent spike in cases in some districts to the influx of travellers from outside J&K, Chief Secretary directed the concerned Divisional/Deputy Commissioners to ensure that very stringent movement policy remains in force to restrict any kind of non-essential inter-state movement. 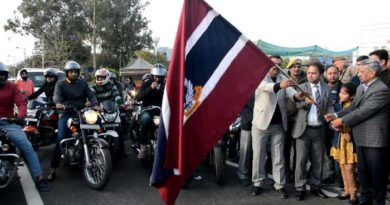