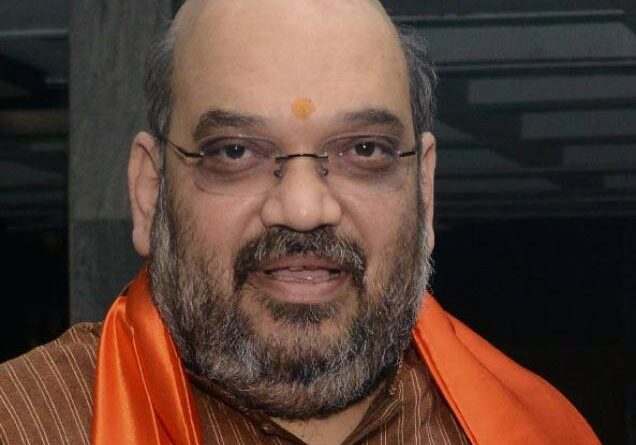 Thakur is in the eye of a storm for controversial statements that her “curse” led to former Maharashtra Anti-Terrorism Squad chief Hemant Karkare’s death in 26/11 Mumbai terror attack and that she was proud to have participated in the 1992 demolition of the Babri Masjid in Ayodhya.

BJP chief Amit Shah said the party’s Bhopal Lok Sabha candidate Pragya Singh Thakur was framed in false cases by those who had coined the term “Hindu terror” and indulged in vote bank politics. He defended her candidature and called it an “absolutely right decision”.

Thakur is in the eye of a storm for controversial statements that her “curse” led to former Maharashtra Anti-Terrorism Squad chief Hemant Karkare’s death in 26/11 Mumbai terror attack and that she was proud to have participated in the 1992 demolition of the Babri Masjid in Ayodhya.

Thakur is out on bail in the 2008 Malegaon blast case.

“A Hindu can never be a terrorist. They have fabricated false cases to frame her. It was a conspiracy for vote bank politics,” Shah said, while addressing a rally at Rajnagar in Chhatarpur district.

Lashing out at the Congress’ Bhopal Lok Sabha candidate Digvijaya Singh for coining the term “Hindu terror”, Shah said it was done with an eye on a particular vote bank.

“I have come to tell the people of Madhya Pradesh that (in) our culture, our people even feed ants. A Hindu can’t be a terrorist.

“This (Malegaon blast case against Thakur) was a fake case made out by the Congress. In the Samjhauta Express and Mecca Masjid blast cases judgements, it was clearly mentioned no such meeting took place. There was no such conspiracy,” he claimed.

“I want to ask Diggi Raja (Digvijay Singh) today that you have said saffron terror exists. Hindu terror exists. We have fought the court battle and got acquitted. The verdict had come that no Hindu terror existed. It was a conspiracy and now I want to seek a reply from Congressmen on why they left those who had carried out the blast on the Samjhauta Express,” Shah said.

He said the Congress had “defamed our culture”.

Speaking on Jammu and Kashmir, Shah slammed National Conference leader Omar Abdullah for talking about having a separate prime minister for the northern state.

“Is it possible to have two prime ministers in the country? I want to ask Rahul Gandhi and Kamal Nath (Madhya Pradesh chief minister) whether they support Omar on the issue,” Shah said.

He also lashed out at Congress chief Rahul Gandhi for seeking proof of the February 26 air strike in which Air Force jets pounded a terror camp in Balakot in Pakistan. 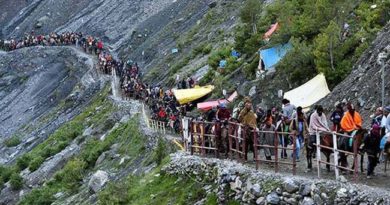