A pall of gloom has descended Hajin township since the death of 12-year-old Atif Mir who was killed in an encounter here along with two Lashkar-e-Taiba militants on Friday.

Everyone in the township is in shock and grief over the killing of Atif. The natives of the village as well as outsiders continue to throng the residence of Atif to express condolences to his parents.

Shareefa Begum who was surrounded by women in a tent, is inconsolable as she has lost the only son among two daughters.

Atif’s father, Mohammad Shafi Mir, in another tent is surrounded by the mourners who continue to visit them. Mir was sitting quietly in one corner of the tent with numb eyes.

The family has put two separate tents for the men and the women in the lawns of their house, which was reduced to rubble after the forces blasted it on Friday evening during the final assault to kill the militants hiding in it.

“I have lost everything with my son. He was my only hope. He was innocent. I had never thought he would leave us like this,” Mir said in a very low voice.

He said his son had big dreams as he wanted to study at Sainik School in Manasbal. “A few months ago he had told me to submit form in Sainik School Manasbal to seek admission for him there. Only a month ago I had submitted the form on his request as he was everything to me. He had joined class 6th this year but I had never imagined he would leave us at such a tender age,” he said.

Mir said he had no idea why the militants held him captive inside the house.

“The militants were in our house for three days and when the force cordoned off the house Atif was not let go by the militants, instead they held him there. Along with Atif his uncle too was inside but later he managed to escape,” he said.

“We made appeals to the militants to release him but all in vain. Atif’s mother, village head and Auqaf committee also made announcements through speakers to get him released but the militants did not listen to and ultimately my son got killed. He was too young to even manage escape from the house like his uncle did,” Mir said.

Not only the kin of Atif, the entire Hajin is in deep shock. “We have no words to express the shock the death of Atif has put us through. Everyone in the village is in mourning and every eye is numb. Atif was a graceful child. He was a gem and too innocent to die like this,” said Atif’s neighbor, Arshid Mir.

“Everyone was making prayers in the village when they came to know that Atif has got stuck inside the house along with the militants,” he said. 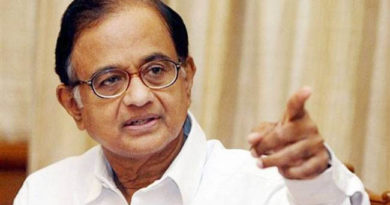 Chidambaram in Rajya Sabha after release 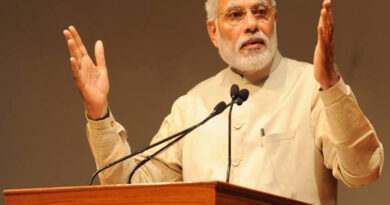 Prime Minister interacts with JK’s Self Help Groups under NRLM