It is a mourning period in some of the political class over the loss of Article 370  as the days are advancing toward the first anniversary of  August 5 , when state of Jammu and Kashmir was  told that a temporary provision in the constitution of India has outlived its utility beyond prescribed temporary life. These circles are  bemoaning that this had acquired a permanence of its own , hence scrapping of this Article  was  buried unnaturally . Neither they look at the majority with which its abrogation was approved on August 5-6 last year, nor they  see  that how  this had become an albatross around the neck of the people of the state, now  living in the two Union Territories of J&K and Ladakh.

This  is a political mourning  for political reasons , but the fact is that the real deaths , funerals and  mourning thereof have come down. Kashmir is not ruing the loss of the Article 370 that granted special status to the erstwhile state of Jammu and Kashmir and an imagined sense of  entitlement . Doomsayers had said that once  the special status provisions are scrapped, there would be a bloodbath in the Valley.

Is bloodbath an answer to the problems ? Kashmiris have understood, it is not . Instead they want a dignified life in a secure environment . Yes, there was a lockdown  imposed in the whole of J&K  barring Leh district pf  Ladakh . Forces were deployed and the communication clampdown was nearly complete in the Valley . It was for their safety .

Time has proven that “ zero casualty “ was not a phrase , but a reality  that was ensured by all this. Now, even Kashmiris realise that they have been saved from a  catastrophe. There are instigators from Pakistan , who use the  cyber world and social media to instigate the young men in the name of religion , identity politics  to summon them to streets.

During the past one year  since August 5, the number of civilian casualties  is not in two digits. Terrorists have died  in encounters . Those who pick up the guns decide on their future themselves , and not that they were not urged   to stop tread the path of the self-destruction, but they were  reluctant to listen to the  sane advice. The encounters and  the deaths thereof cannot be related to Article 370’s dilution ,  but to the instigation that is being made from across and Pakistan’s proxies . Indeed, this calls for a new approach to promote the family values  so that the youth don’t run out of control, but  that is for the people themselves to appreciate.

Civil society , religious leaders and others are  making appeals to people to wear masks to save themselves from  Covid-19 . These are quite sensible  moves . The same civil society  should also tell them if the lockdown caused by pandemic  is good for them, should also explain that the lockdown since August 5  was  good for them. Kashmir was saved of mourning . Is that a small thing? 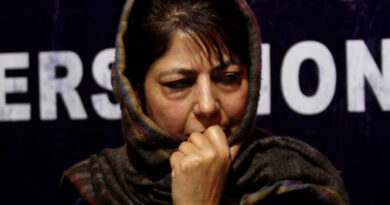 68 Coronavirus Deaths In India, 601 Cases Reported In A Day 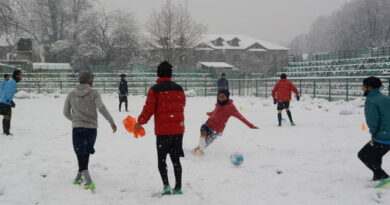