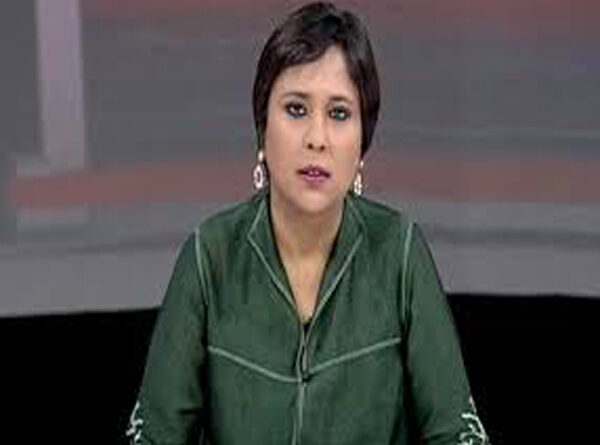 A senior journalist has quit NDTV after putting 21 years of journalistic career in the channel and anchoring many current affairs shows.

The NDTV in a statement after Barkha put in her papers read, “In 1995, Barkha Dutt joined NDTV straight out of college, and now, after 21 wonderful years together, Barkha has requested that she would like to explore some new opportunities, pursue other interests and work on her own ventures”.

The statement added, “In all her years with NDTV, she has been hugely productive and has grown with the organisation, becoming an acclaimed, award-winning journalist of repute across India and many parts of the world. We are certain that Barkha will go from strength to strength and NDTV wishes her all the very best.”

Dutt, a Padma Shri award winner, is likely to “explore some new opportunities, and work on her own ventures,” ending her long innings at the TV news channel, where she has worked since the start of her career in 1995.  She was the host of NDTV’s popular prime time show, The Buck Stops Here and their weekend talk show We the People.

Recently, Dutt joined The Washington Post’s Global Opinion section as a contributing columnist, according to a tweet she had put out on 9 January.

NDTV has put out a formal communication on their website, briefly revisiting Dutt’s long and eventful career, while wishing her the best for her future endeavours.

She also confirmed her move in a series of tweets on the social media platform, tweeting soon after hosting her last episode of We the People, which she said was the longest running TV show that she had built from scratch.

In her tweets, the popular news anchor also looked back at her long stint at the TV channel, which saw her win many accolades in her career, but said that it was “time for new beginnings” in the new year.

Dutt did not divulge much details on her next move but said that she will most likely come up with her own “projects, and promised more details on her future plans.

Journalist Rahul Singh, and musician Vishal Dadlani were among the first few who congratulated Dutt and wished her luck.

Talks about Dutt opening her own news company has been doing the rounds since February 2015 when she stepped down as Group Editor of NDTV in the news group restricting her role to that of a consulting editor, while she continued to host two of her signature shows at the TV channel, The Buck Stops Here and We The People.

The award winning TV anchor had become a household name after her frontline coverage of the Kargil War from the border posts in 1999. She is the recipient of the prestigious Padma Shri award, India’s fourth highest civilian honour. Moreover, her weekly talk show, We the People won the Indian Television Academy award for Best Talk Show five years in a row.

Dutt’s stellar career was also marred with a few controversies, as she drew flak for her coverage of the Gujarat riots in 2002 and the 26/11 Mumbai attacks. Her name also cropped up in the infamous Niira Radia tapes controversy in 2011 but she had refuted all allegations of being a conduit, according to The Hindu

Elections in J&K likely to be held in October

J&K police have no plans against the families of militants

My home is open for tourists: Yasin Malik