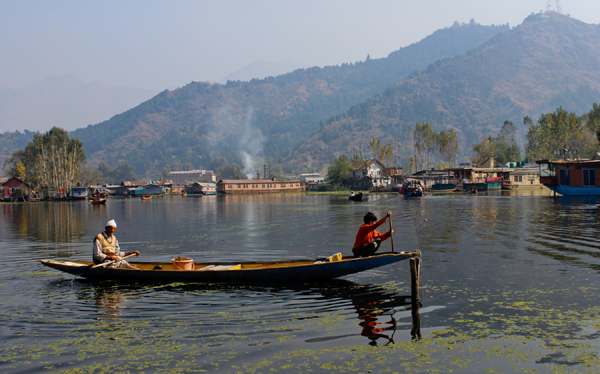 The Supreme Court has asked the Jammu and Kashmir administration to review within a week all orders imposing curbs in the Union Territory while holding that access to Internet is a fundamental right under Article 19 of the Constitution. Top 5 developments.

The Supreme Court on Friday held that access to Internet is a fundamental right as it asked the Jammu and Kashmir administration to review within a week all orders imposing curbs in the Union Territory.

A five-judge bench headed by Justice N V Ramana asked the J&K administration to restore Internet services to facilitate e-banking and trade as it ordered a periodic review of decisions.

Here are top five developments from the SC verdict that came on a batch of pleas which challenged curbs imposed in Jammu and Kashmir after the Centre’s abrogation of provisions of Article 370 on August 5 last year.

The Supreme Court ruled that the right to access Internet is a fundamental right. The SC said the suspension of internet indefinitely is unconstitutional.

“It is no doubt that freedom of speech is an essential tool in a democratic setup. Freedom of Internet access is a fundamental right under Article 19(1)(a) of free speech,” the SC said.

The Supreme Court has asked the administration to restore internet services to facilitate e-banking and trade services in Jammu and Kashmir.

In a relief for the people of J&K, the Supreme Court asked the administration to restore Internet services in all institutions providing essential services like hospitals, educational centres, news agency PTI reported.

The Supreme Court noted the imposition of Section 144 in the Jammu and Kashmir and said the law can’t be repetitive and need to be justified. The SC also said powers under 144 cannot be used to suppress legitimate expression but needs to be justified by concerns of immediate violence.

“Sec 144 CrPC (prohibitory orders) cannot be used as a tool to suppress difference of opinion,” the SC ruled.

The Supreme Court said magistrates while passing prohibitory orders, should apply mind and follow the doctrine of proportionality. The Jammu and Kashmir administration has been asked to review all Section 144 orders within seven days.

The Supreme Court ruled that blanket orders will no longer stay in Jammu and Kashmir. In accordance, the SC ordered the Jammu and Kashmir administration to review all restrictive orders, including internet suspension, within one week.

The SC said all orders, from now on, be placed in the public domain with the necessary information so they can be challenged legally.

Noting that the court can’t dwell into political decisions, the Supreme Court said the pendulum shouldn’t swing in any extreme direction.

The SC, however, said the right to life should be secured in the best possible manner. It was the best of times, it was the worst of times, said Justice Ramana as the bench said, “Our limited concern is to find a balance regarding security and liberty of people. We only here to ensure citizens are provided their rights.”

Lockdown in Jammu and Kashmir

On November 21, the Centre had justified restrictions imposed in Jammu and Kashmir after the abrogation of provisions of Article 370 and said that due to the preventive steps taken, neither a single life was lost nor a single bullet fired.

Besides Ghulam Nabi Azad, the petitions filed by Anuradha Bhasin, Executive Editor of Kashmir Times, and few intervenors questioning restrictions in the Valley.

The Centre had referred to violence in the Kashmir Valley and said for the past so many years terrorists were being pushed through from across the border, local militants and separatist organisation had held the civilians captive in the region and it would have been “foolish” if the government would not have taken preventive steps to secure the lives of citizens.

Provisions of Article 370, which gave special status to the erstwhile state of J&K, were abrogated by the Centre on August 5 last year. 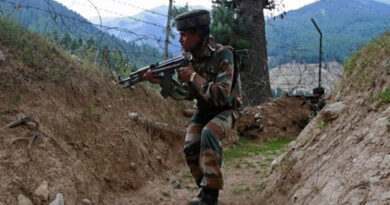