It is for the first time when BJP ministers raised issues concerning to Jammu region strongly in Cabinet Meeting, but Chief Minister Mehbooba Mufti interferes and calm down the situation.

The official sources informed that BJP Ministers raised the issues of sanctioning of Additional DC for Kotranka in Rajouri, controversial decision in minutes of meetings of Tribal Affairs Department, Ring Road compensation to Jammu farmers and ouster of wireless operators.

After taking some official decisions of transfers and postings, the Deputy CM Dr Nirmal Singh raised the issue of ADC for Kotranka and accused PDP ministers for not taking BJP ministers in confidance, whereas BJP is also having a cabinert minister in adjoining constituency of Kalakote.

Meanwhile, Industries Minister Chander Prakash and Health Minister Bali Bhagat also raised issues of Tribal Affairs and Ring Road compensation and said that government has to withdraw the controversial minutes of meetings of Tribal Affairs Department’s meeting and government should hike the land compensation to farmers in lieu of their land falls under Ring Road project.

“BJP faces lot of problems due to Ring Road issue and also remains red-faced when our own MLA protested in Budget Session over the important issue,” BJP Ministers raised issue in front of CM.

BJP ministers also demanded to look for some way out to adjust the ouster wireless operators, who are on agitational path.

Following resentment by BJP ministers, CM Mehbooba Mufti said that only a few bureaucrats transferred today and rest huge chunk will be done in the next Cabinet before Darbar Move.

865 COVID-19 Patients Dead In US, Highest In One Day: Report 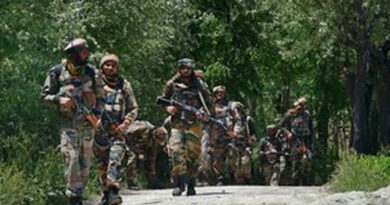