Chief Minister Uddhav Thackeray has given the officials time till end of this month to break the chain of transmission.

Hundreds of migrants in Mumbai, who claim that they were told by police that special trains would be arranged for them, have been sleeping on footpaths and roads near a police station in Wadala area for the last three days, triggering concerns about social distancing amid India’s fight against coronavirus.

Many of these migrants – left jobless due to coronavirus lockdown – claim that they had left their rented homes and packed all their belongings, hoping to go back to their villages. They were later told that the trains have been cancelled. The crowd has been swelling over the last three days.

Among those who have been forced to sleep on the footpaths is a nine-month old pregnant woman. “My landlord is asking me for the rent. We have no option but to stay on the footpath unless an alternative is arranged. We can’t return to the rented house,” she said.

“I have to go to Uttar Pradesh. Every day, we are told that train has been cancelled. Then, we are told to ask officials concerned. We have no food. Landlord won’t take us… What do we do?” Virendra Kumar from Uttar Pradesh’s Pratapgarh said.

Lakhs of migrants, students, tourists were stranded in March when India announced one of the world’s strictest lockdowns over the pandemic. Despite special trains and buses run by centre and states, many of the migrants have died since then while trying to return to their homes on foots. More than 50 deaths related to the movement of migrants have been recorded in the last two weeks.

Chief Minister Uddhav Thackeray has given the officials time till end of this month to break the chain of transmission. 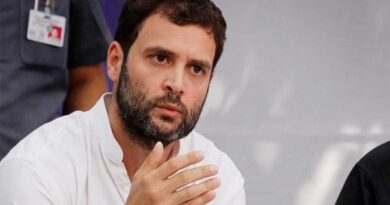 Terrorist killed in encounter in Kupwara

From engineering student to welders: The men who were part of ISIS-inspired group busted by NIA