Former finance minister Syed Mohammad Altaf Bukhari on Wednesday urged the union health ministry to bring the medical assistants of Jammu and Kashmir within the ambit of Central Pharmacy Act (CPA) and do away with the unreasonable discrimination faced by them.

In a statement issued here, Bukhari said that the medical assistants of Jammu and Kashmir do fulfill the eligibility criteria for availing a pharmacy license or applying for any government jobs to be advertised exclusively for candidates with diploma in pharmacy under CPA.

“The medical assistants in J&K are well trained in pharmacy and study the same syllabus as is prescribed in diploma in pharmacy course. So why to exclude and discriminate thousands of candidates who have successfully completed the medical assistant training imparted by the government recognized institutes in Jammu and Kashmir?” the former finance minister questioned.

Bukhari said that there seems to be no rationale behind exclusion of medical assistants from Central Pharmacy Act which was made applicable to Jammu and Kashmir after October 2019. “Exclusion of J&K youth with government recognized medical assistant courses is unjustifiable and the issue needs to be addressed on priority basis,” Bukhari advocated.

He said that by widening the canvas of Central Pharmacy Act and making it genuinely inclusive shall dispel the notion of unfairness and injustice felt by the J&K youth. “The candidates from J&K had opted for medical assistant courses conscientiously to make careers in pharmacy after completion of their courses successfully. However, the new law has shattered their dreams especially of their families who had aspired for earning a dignified livelihood,” Bukhari opined.

He said that the career of thousands of medical assistants of J&K is at stake as the Central Law only caters to the degree and diploma holders like Bachelors in Pharmacy and Diploma in Pharmacy. “Restricting the issuance of pharmacy licenses to aspirants with B. Pharma and D. Pharma has jeopardized careers of medical assistants who have studied the same subject with same syllabus from government recognized institutes,” the former finance minister observed.

He said the medical assistants of J&K not only fulfill the pre-requisites of government medical colleges but even posses the necessary experience attained from different government run hospitals.

Bukhari said that around 30000 qualified medical assistants in J&K had pinned their hope with the Central Pharmacy Act for facilitating a bright future for them. “But unfortunately the new pharmacy law made applicable to J&K has made their future bleak. The government of India and the concerned ministry must take all the concrete measures to address the genuine grievances of this section of qualified professionals,” Bukhari said, while demanding necessary amendments to the CPA as soon as possible.

He also urged the union health ministry to consider the demand of J&K medical assistants who have been otherwise excluded as per the Central Pharmacy Act for issuance of pharmacy licenses and declare them eligible for government jobs. 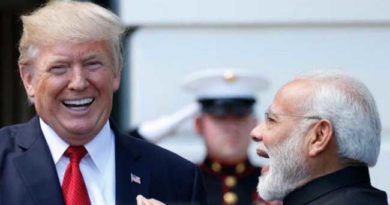