We , all , are  living in a denial  about the November 2003 ceasefire  pact .  This ceasefire, which bought calm on the borders – 198 km  international border, 742 km zigzagging , running up and down the mountains Line of Control ( LoC)  and Siachen –  lasted  for 13 months . To be precise (  Nov 26, 2003 to January 5, 2005) . It was early  morning  on January 5, when Pakistan had fired 35 mm mortar shells in Poonch sector . India did not retaliate . Pakistan had violated the ceasefire to provide cover to the infiltrators.

India that had maintained that it would uphold the sanctity of the  ceasefire  did not retaliate  even when it was violated in February 2005 in Mendhar sector  in Poonch .  There was a simple answer by the then army chief N C Vij, “ we don’t want to give any excuse to Pakistan to escalate the situation  on the borders. If we retaliate, things would spiral out of control.”

There was  a  backdrop to this strategic outlook.  The ceasefire had come into being on the auspicious day of Eid-ul-Fitr , a Muslim festival  that marks the end of Ramzan, the holy month of fasting and  ushers in time for celebration.  This was the call of Pakistan, then ruled by President  Gen. Pervez Musharraf ,  to silence guns on borders, which had troubled and caused casualties to the forces and  civilians alike.  The border population  had migrated to safe places and was living a life of penury.  India had responded positively to the offer and the guns  were silenced and the two armies on borders to mark the occasion exchanged sweets.

November 2003  was preceded by an extraordinary  gesture of former Prime Minister  Atal Behari Vajpayee . He had offered a “ hand of friendship to Pakistan” and sought its reciprocation  from Islamabad  by shutting its tap of terrorism. The April 18 speech from Sher-e-Kashmir  Cricket Stadium, Srinagar  had set the ball rolling for more  positives to emerge  between India and Pakistan. Then, Pakistan Prime Minister of Pakistan  Zaffarullah Khan Jamali  was quick to welcome  Vajpayee’s  call for friendship. A narrative of peace had started , and there was a clear attempt by the two countries  to forget the past and move ahead. And, the ceasefire became one of the biggest confidence building measures- the peace on borders saw people returning  to their homes  on borders, tending fields , and children back in the renovated schools after a gap of nearly  seven years. This was no mean achievement . It had its reflection in the internal situation in Jammu and Kashmir . A relative peace dawned and the militant organisations got a clear message that the Pakistani establishment would not  back them as before. Moreover post 9/11  Kashmir was wary of siding with any movement that had the element of terrorism in it.

Despite occasional violations , in which Indian soldiers also  suffered casualties in  2007 and 2008, things were not allowed to escalate. The standard line of the Indian commanders was: “ Ceasefire is holding on.”  President Musharraf had  offered his four-point formula- ( a) irrelevant borders( b) self governance ( c) demilitarization from both sides o the LoC and ( d) joint  Indo-Pakistan mechanism to administer Jammu and Kashmir .  A lot of debate had been going on  the formula.  The cross- LoC travel had resumed in April 2005, hailed as  an “ unstoppable march of  ( Indo-Pak) peace by  Prime Minister Manmohan Singh. Siachen glacier was sought to be “ converted into mountain of peace” without altering the boundaries.

Post 26/11 not only the dream of peace collapsed, the process to destroy the ceasefire  had also begun . There was spike in infiltration and the cover fire, which India had started retaliating. That was the beginning but in 2016 , it has come a full circle threatening  a war like situation .  When every day  millions of bullets are fired from each side from different parts, the talk of ceasefire or its violation , is a deception . The peace truce has been shattered into pieces, and it would take long time before those can be put together. 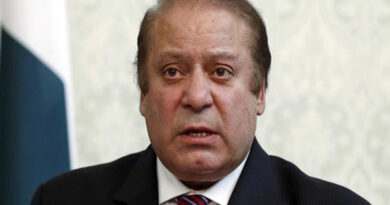 The sin of silence

Kashmiris have spoken through their silence, looking forward to future with hope