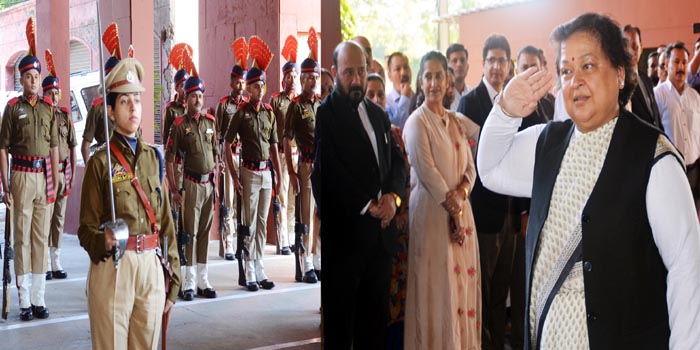 On opening of High Court Main Wing at Jammu after move from Srinagar today, Chief Justice of Jammu and Kashmir High Court, Justice Gita Mittal was presented a ceremonial guard of honour.

The Chief Justice interacted with the officers of the Registry and other staff members and enquired about their wellbeing.