The Chief Minister presented Nadia, who has led and represented J&K team in a number of matches at the national level, with a cash reward of Rs 1 lakh.

Mehbooba Mufti said she was happy to see J&K’s young boys and girls emerging on the sports arena with flying colours and bringing laurels to the State.

She said Tajamul Islam, who became world champion in kickboxing, Hashim-who represented India in Karate at the Asian event and now Nadia are examples to show that the youth of Jammu & Kashmir have been bestowed with abundant talent which needs just an opportunity to excel.

The Chief Minister said her Government would be taking steps for promoting sports and upgrading sports infrastructure in a big way in the State. 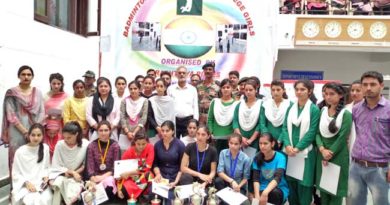 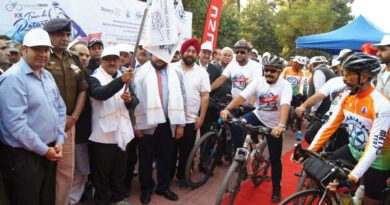