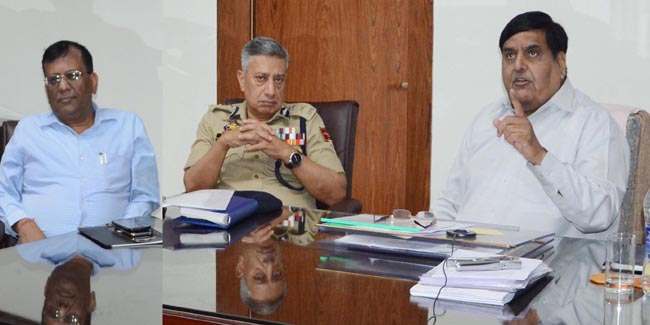 Chief Secretary Mr B B Vyas today called for improving coordination, contact and vigil to maintain peace and harmony across the State, while reviewing the law and order situation with the Deputy Commissioners and District Superintendents of Police across the State.

The Chief Secretary took a detailed brief from all the Deputy Commissioners and district SSPs about the prevailing situation in their respective areas and the measures being taken to ensure peace and tranquility in the State.

The Chief Secretary directed the DCs/SSPs to intensify their public outreach, with a view to redressing people’s grievances.