As the Narendra Modi-led government is attempting to bring back normalcy in Jammu and Kashmir after it announced that the restrictions put in place to ensure peace in the restive state would be “gradually” lifted, “region by region”, the mobile internet services in the Jammu region have been snapped again.

Reportedly, the move, which comes two days after communication services were restored in Jammu, was to “check rumour-mongering” and maintain peace and tranquility in the region. PTI quoted a police official as saying that authorities had directed service providers to snap the services in Jammu, Samba, Kathua, Udhampur, and Reasi just before noon.

Immediately after resumption of the 2G mobile internet services in the intervening night between Friday and Saturday, Jammu inspector general of police Mukesh Singh had warned of strict action against anyone circulating fake messages or videos on social media.

The restrictions, which include a communications blackout and a curfew, have been in place since 5 August, when Home Minister Amit Shah moved a resolution to abrogate Articles 370 and 35A in the state. The legislations, though temporary in nature in the Constitution, provided the state with a degree of autonomy that allowed it to have its own laws and flag.

Anticipating protests and unrest in the conflict-ridden state, the Centre suspended landlines, internet, and calling services in addition to imposing a curfew. On Friday, Jammu and Kashmir chief secretary BVR Subrahmanyam announced that the “preventive measures” would be rolled back region by region, after reviewing the security situation.

On the other hand, on Sunday, restrictions were tightened in some parts of Srinagar in the Kashmir Valley following incidents of violence a day earlier after the curbs were rolled back to an extent. Restrictions also continued in many parts of the Valley for the 14th day on Sunday.

The restrictions were reimposed in certain areas which witnessed trouble on Saturday after the curbs were eased in several areas of the city and elsewhere in the Valley, PTI quoted officials as saying. They said protests took place at around a dozen places in which several protesters were injured. However, the exact number of injuries was not available.

Government spokesman Rohit Kansal had on Saturday said the restrictions were eased in 35 police station areas of the valley. However, several places witnessed clashes between groups of youth and security forces, leading to reimposition of the curbs. On Saturday evening, Kansal said protests took place at six places in the valley in which eight persons suffered injuries. 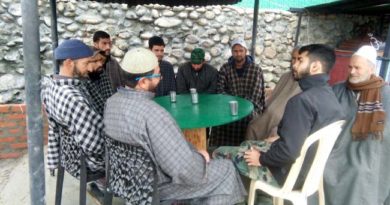