International Conference on Applied Biology (ICAB-2019) & 1st Annual Convention of Society of Biologists was inaugurated today at Shri Mata Vaishno Devi University (SMVDU), Katra, being organized by the School of Biotechnology, a leading and research oriented school of the university. The Minister of State, Dr. Jitendra Singh, graced the occasion as the Chief Guest, who holds an independent charge for the Ministry of Development of North Eastern Region and of Prime Minister’s Office. During his inaugural speech, he said that coming to SMVD University it is a rejuvenating experience for him as he has been witnessing the progress and growth of the university from a nascent stage, and has a passionate attachment for it. Further, he emphasized that SMVDU must establish a niche in new research areas, such as Himalayan research; Atomic and Space technology so that the university may be associated with the Department of Atomic Energy and Department of Space, GoI, to which he is also a Minister of State. Also, he mentioned that exclusivity and quality research is the key mantra for the survival of new universities. He stated that the university should sign MoUs with other regional and reputed centers of research so that the research works of the university will progress leaps and bounds. The Minister of State also narrated many anecdotes from his personal and professional life, highlighting how research can be selective and discreet, and that there is no excuse for growth. At the onset, Prof. RK Sinha welcomed the Minister, and Prof. VK Bhat, Registrar, SMVDU, welcomed Prof. Manoj K Dhar, Vice-Chancellor, University of Jammu, for gracing the event. The lamp lighting and a prayer to goddess Saraswati, followed up by the release of the conference booklet formally signalled the inaugural of the international conference. The conveners of the event, Dr. Indu Bhushan and Dr. Rakesh, informed that 300 delegates has participated in the event from India and abroad, and they will present research papers in various parallel sessions. Dr. Sharda M. Potukuchi, Head, School of Biotechnology, SMVDU, expressed her gratitude to all the dignitaries; Faculty& Staff members; and to all the participants. Prof. RK Sinha, Vice-Chancellor, SMVDU, presented a memento to the honorable Minister as a token of gratitude and wished that he would visit again. 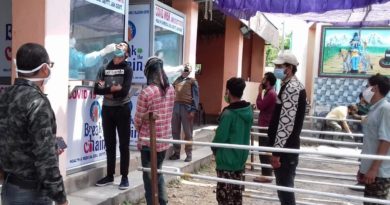 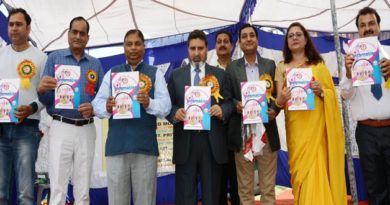