The scrutiny of nominations will take place tomorrow, while 8th April will be the last date for withdrawal of candidature. 115 seats spread over 14 States and Union Territories, will go to polls in this phase on the 23rd of April.

All parliamentary constituencies of Gujarat, Goa, Kerala, Dadra and Nagar Haveli and Daman and Diu will go to polls in this phase.

Besides this, voting will also take place for 14 seats each in Maharashtra and Karnataka, ten seats in Uttar Pradesh, seven in Chhattisgarh, six in Odisha, five each in Bihar and West Bengal, four in Assam and one in Jammu and Kashmir in this phase.

Along with the Lok Sabha polls, 42 seats of Odisha assembly will also go to polls in this phase. In the third phase, by-polls will also be held for three Assembly constituencies of Goa and four Assembly seats in Gujarat. 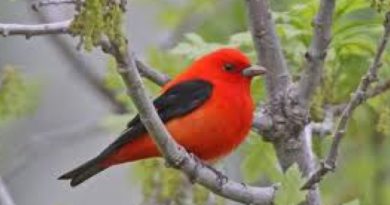 Over 50 pc of Indian birds at long-term risk: Report