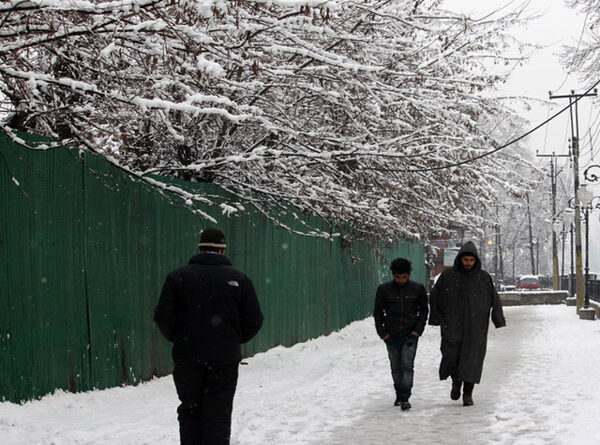 Fresh snowfall was experienced in parts of Kashmir as a thick layer of fog engulfed the Valley on Saturday, affecting air traffic here, officials said.

A few places in the higher reaches of Kashmir experienced fresh snowfall during the night, an official of the MeT Department said.

Kokernag town in south Kashmir recorded 3.8 mm of snow, while the highway township of Qazigund along the Jammu-Srinagar national highway registered 0.2 mm of snowfall, he said.

Pahalgam tourist resort, which also serves as the base camp for the annual Amarnath yatra, in south Kashmir recorded 2.2 mm of fresh snowfall, the official said.

He said there are reports of snowfall in some other areas in the higher reaches of the Valley.

The official said a thick layer of fog engulfed most parts of the Valley on Saturday morning as the temperature dipped to freezing point.

The fog affected the flight operations at Srinagar airport as most of the flights were delayed, while two were cancelled.

“The air traffic remained affected today as two morning flights were cancelled while most others were delayed,” an official of the Airport Authority of India said.

He said the air traffic was affected because of poor visibility due to the fog.