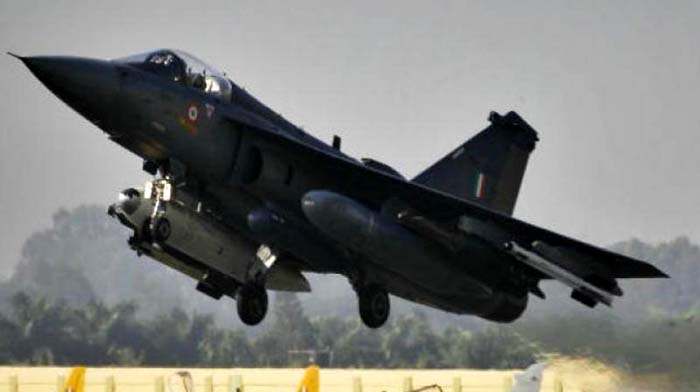 The Indian Air Force flew in journalists to demonstrate how it is playing a crucial role in enhancing the combat readiness of the country along the China border.

‘Fully Prepared’: Air Force Gives A Look At Readiness Near China Border
Fighter jets take off and land at the forward air base near the China border.

IAF Forward Air Base: The forward airbase near the India-China border is abuzz with activity. Russian-origin Su-30MKIs and the MiG-29s and other aircraft are seen constantly flying in and out as the Indian Air Force brings in journalists to demonstrate their preparedness.
Transport aircraft including the American C-17 and the C-130J along with their Russian counterparts Ilyushin-76 and the Antonov-32 are being used to ferry troops and equipment from far away locations to be deployed on the Line of Actual Control with China.

Apaches are prominent as they carry out regular sorties with their only mandate of a combat role in the Eastern Ladakh sector.

The American-origin attack chopper along with its heavy-lift counterpart Chinook have played an important role in the area after the Chinese Army started building up along the LAC in Eastern Ladakh in May this year.

The entire base is seeing a flurry of activity and is playing a crucial role in enhancing the combat readiness of the country along the China border.

“This base plays a very important role in undertaking operations in this area. It is cleared for all contingencies and all combat and support operations to be undertaken in this area,” a Flight Lieutenant told news agency ANI when asked about the importance of the forward airfield.

A Wing Commander, who is playing a crucial role in ensuring preparedness at the airbase, said, “The Indian Air Force is fully prepared for operations and is ready to meet all challenges. Air power is a very powerful aspect of war-fighting and more relevant today,” he said.

Asked how the Air Force was readying itself in view of tensions following Galwan Valley clash, he said, “Air Power will play an important role in this area in both combat and support roles. We have all the resources in terms of men and equipment to meet all the challenges.”

“The Indian Air Force is ready in all aspects to undertake all operational tasks and providing the requisite support for all military operations,” the Wing Commander added.

The Chinook heavy-lift helicopters along with the Russian fleet of the Mi-17 V5 helicopters deployed at the base are carrying out regular sorties to take Army and ITBP troops to forward locations.

To prepare for a long haul, Chinook helicopters could be loaded with important equipment for being delivered to forward bases as China has also dug in heels all along the LAC in this area.

The air activities in the Ladakh area and other places along the China border had gone up extensively soon after the Chinese started building up and went up further after the Galwan valley clash on June 15 in which 20 Indian soldiers lost their lives.

AFSPA  not to be withdrawn from J&K