A day after police arrested two persons with a major haul of heroin worth 250 crores, from the heart of the city, Team Jammu headed by Zorawar Singh Jamwal as its Chairman on Tuesday said that it is high time for the people to cooperate in curbing the menace and the police as well in catching the big fishes involved in the drug trade.

“We appreciate the police and other security agencies tightening noose against the drug peddlers and conduits but it is time for them to trap the big fishes also,” pointed out Zorawar Singh Jamwal while addressing an emergent meeting of Executive Members of Team Jammu.

He said that recovery of big hauls of narcotics clearly shows that the drugs are being supplied continuously in the Jammu region to exploit the youth but unfortunately, till date no nexus of ‘drug mafia’ has been unearthed by the police.

“Arrests of drug transporters and recoveries from them will not solve the crisis unless the masterminds are caught hold of,” Jamwal rued.

He asserted that as per official figures since the past two years, major consignments of drugs in the shape of Heroin, Poppy Straw, Charas, Ganja, intoxicant capsules and syrups have been seized but where are the kingpins and who are running these rackets—the mystery is yet to be cracked.

“Police on many occasions claimed to have nabbed the drug smugglers but why they have not yet succeeded in catching the master minds operating within the state and in neighbouring regions,” he maintained and further questioned “Why the police have failed in catching the kingpins?”

“Police is getting leads from the apprehended drug peddlers but could not reach to their bosses, which is an unsolved mystery,” Zorawar Singh Jamwal pointed out.

“Team Jammu since the day it was floated, have many times raised this question but surprisingly, police despite its hard efforts, could not lay trap to catch the masterminds,” he alleged.

He said that the startling facts made certain revelations that how it can be justified that the nabbed drug peddlers and smugglers do not disclose the names of their bosses during interrogations and why the police visi-a-vis security agencies have failed to catch hold of their collars. Who are the people running the drug racket? Why they have not yet been trapped? and the surprising part is that why the police have not caught hold of them despite the fact that the names were disclosed by the arrested conduits.

“No doubt, Pakistan is supplying huge consignments of drugs into our territory through their suppliers operating in Jammu and Kashmir, which is no more a hidden truth and they are further smuggling it to parts of the state to exploit our youth and spoil the future generations,” said Zorawar Singh Jamwal.

He asserted that ‘Narco-Terrorism’ is the most dangerous form of putting our future generation into dark ear but it can be curbed and tackled once for all provided the police, security agencies jointly lay a crackdown on them and take stringent measures.

Jamwal also appealed to the people and the civil society to act as watchdogs and alert soldiers of police so that the war against drugs can be fought aggressively to save our generations aiming to develop a healthy, drug free society, state and the nation. 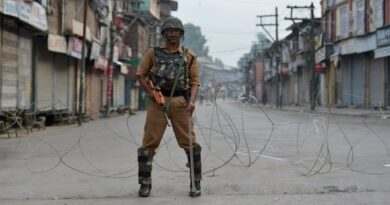 Restrictions in Srinagar parts on Dec 17 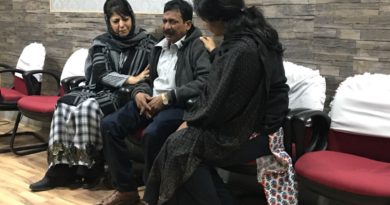 Mehbooba condemns tourist’s killing, describes it as a blot on Kashmir’s value system 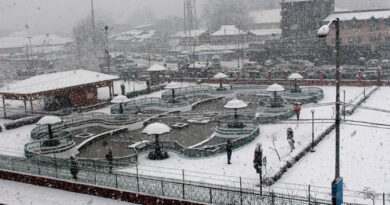