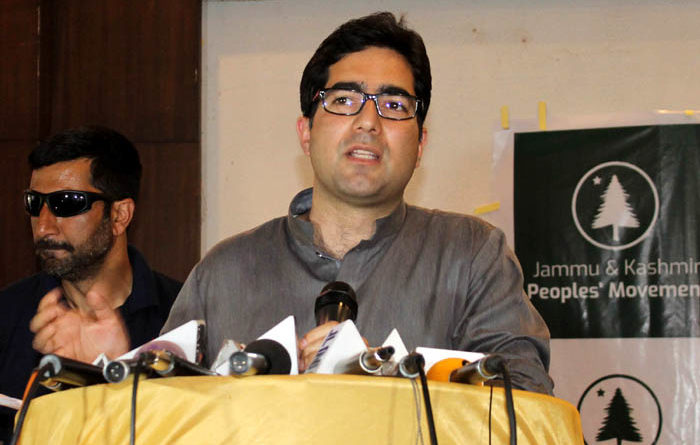 Sources said Faesal was scheduled to fly to Istanbul on a Turkish Airlines flight on Wednesday, but was detained at Delhi’s Indira Gandhi International airport at 5:30 am based on a lookout notice issued by the Jammu and Kashmir Police.

Former IAS officer-turned-politician Shah Faesal was stopped from leaving the country on Wednesday. He was detained from Delhi airport and was sent back to Srinagar, where he was taken into ‘preventive custody,’ a top officer told CNN News18.

According to the sources, Faesal was scheduled to fly to Istanbul on a Turkish Airlines flight on Wednesday. He was detained at Delhi’s Indira Gandhi International airport at 5:30 am based on a lookout notice issued by the Jammu and Kashmir Police.

“We had sent an official intimation to airport authorities that if Shah Faesal tries to leave India, he should be detained and sent back to Srinagar,” a police officer in the Valley told CNN-News18.

But Faesal’s friends said he was flying to Boston, Massachussetts. Faesal had earlier completed a course in public policy from the Harvard University.

Faesal was flown back to Srinagar and taken into custody at the Srinagar airport by Jammu and Kashmir Police at 11.30 am. According to PTI, the police detained Faesal under the Public safety Act, but officials told CNN-News18 that sections of the Act have not been invoked so far and the legal status of Faesal is preventive custody. The Public Safety Act allows maximum detention of two years without judicial scrutiny and is only applicable in Jammu and Kashmir.

Top officials said Faesal’s detention and prevention from going out of the country was initiated by his recent comments against the government’s move in Kashmir.

“If you are my cook or any other random person and you criticise the government in the strongest possible words, your accountability will be less because people may not take you so seriously. But if you are in public life and your words can instigate violence, action will be taken,” a senior officer told CNN-News18.

Faesal, who quit the civil services last year to launch a people’s movement in Kashmir, has been highly critical of the central government’s move to end J&K’s special status and bifurcate the state into two Union Territories without consulting its residents.

Describing the government move as an “unprecedented horror”, he had said that the land, identity, and history was stolen from Kashmiris in broad daylight.

On Tuesday, he had warned in a tweet that Kashmir needed a “long, sustained, non-violent political mass movement for restoration of political rights”. Lamenting that attitudes have hardened and Kashmir’s mainstream is being eroded, Faesal said, “you can either be a stooge or a separatist now”.

He was earlier placed in custody when the government moved to nullify Article 370 of the Constitution on August 5, along with several other mainstream Kashmiri politicians, including former chief ministers Omar Abdullah and Mehbooba Mufti.

However, unlike Abdullah and Mufti, Faesal was often able to circumvent the total clampdown on internet in Kashmir and made statements via social media on the situation in the Valley.

Faesal had tweeted on Sunday that there would be no Eid festivities until “everything that has been stolen and snatched since 1947 is returned back”.

“There is no Eid. Kashmiris across the world are mourning the illegal annexation of their land. There shall be no Eid till everything that has been stolen and snatched since 1947 is returned back. No Eid till the last bit of insult is avenged and undone.” 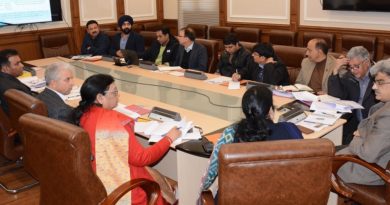 ANM, GNM Schools to be made functional by 2020: Atal Dulloo