Study by Srinagar’s Government Medical College on 380 pellet injury patients showed many of them diagnosed with depressive disorders.

Memories haunt Zuhaib Maqbool, 32, a photojournalist, even two years and eight months after the incident. He sleeps next to his father and gets up in the middle of the night to escape the recurrence of traumatic memories, like hundreds of other restless pellet victims who live in all major towns and villages in Kashmir. They find it hard to cope with the trauma of being hit by pellet shotguns.

It was on September 4, 2016, when Zuhaib, like hundreds of others, was hit by a volley of pellets in his left eye. In his case, he was covering a protest in Srinagar’s Rainawari area, when hot metal balls pierced his left eye and the upper body. It was dark for 15 seconds, and thereafter, his life stands changed from being a storyteller to becoming a sad story himself.

“I have a handicap to nurse all my life now. The world has grown hazy for me. I have to live behind shades. Every time I am alone in the bathroom or bedroom, I cry. It’s hard to be alone now,” Mr. Maqbool told The Hindu.

The photojournalist endured three procedures comprising six surgeries to save some degree of his eyesight, but they have not yielded the desired results. “Doctors have suggested three more procedures to rectify the damaged retina. It’s all in Allah’s hand now. Even painkillers fail to provide relief,” he said.

Last year, Mr. Maqbool went to meet a person who was born blind to lessen his anxiety. “He asked me ‘how is the world outside’. I said it’s hazy. He replied ‘say thanks to the Almighty that it’s not black,” recalls Mr. Maqbool, who has also met counsellors.

The latest study titled ‘Psychiatric Morbidity in Pellet Injury Victims of the Kashmir Valley’, conducted by the Department of Psychiatry, Government Medical College (GMC), Srinagar, has thrown a spotlight on hundreds of pellet victims that are now a part of Kashmir’s growing population living with anxiety and depression.

According to a 2016 survey by the Geneva-based Medecins Sans Frontieres, nearly 1.8 million (45%) adults in the Kashmir Valley are experiencing symptoms of mental distress, with 41% exhibiting probable depression, 26% having anxiety, and 19% ailing from post traumatic stress disorder (PTSD).

“37% of males and 50% of females in Kashmir suffer from probable depression, while 21% of men and 36% of women suffer from a probable anxiety-related disorder,” the report had mentioned. The number of suicide attempts has also increased by more than 250% between 1994-2012.

According to various government and non-governmental data, the number of pellet victims in Kashmir since the pellet shotgun was introduced in 2010 to quell mass street protests, is likely to be between 10,000 to 20,000 persons.

Adil Ahmad, a minor, who was injured near an encounter site in May this year in south Kashmir’s Shopian, says he fears the light the most now. “I feel like smashing lamps. The sunshine proves harsh to my eyes. I have to either be in the shade or step outside home only after sunset,” says Mr. Ahmad, who has a significant perforation in his right eye.A doctor at the GMC, who wished to maintain anonymity, said Mr. Ahmad may have to undergo a number of surgeries to have sight restored in the damaged retina.

The latest study shows psychiatric morbidity among those with eye injuries caused by pellets at 91.92%, when compared with 70% incidence among victims receiving pellet injuries in other parts of the body, according to the report prepared over a period of two years from August 2016 to August 2018. It was carried on 333 males and 47 females in the Valley from different districts and socio-economic background.

Doctors fear it may impact the mental health of the next generation, too.

“Environmental stresses do have epigenetic impact or changes. The worry is that if people succumb to mental health issues like depression, it may increase vulnerability to it in the next generation,” Dr. Arshad Hussain, Professor, Department of Psychiatry, GMC, told The Hindu.

Dr. Hussain said the current prevalence of depression in Kashmir is 7.3% compared with 4% in mainland India, which is an even higher figure by global standards. He said pellet victims who have suffered disabilities or lost jobs “are the most vulnerable to grave psychological issues”.

Dr. Hussain also pointed out how daily violence has a cascading impact. “When violence peaked [in Kashmir] in the 1990s, the initial days showed people coping resiliently. It was only in the late 1990s that psychological disorders of a higher magnitude surfaced. Given the situation on the ground, it may swell in the coming years,” warned Dr. Hussain.

Treating children who have witnessed daily violence, protests, funerals, and search operations, in south Kashmir, Dr. Hussain said a growing number of children complain of nightmares and a constant sense of fear.

“I treated a child who refused to go to school for months after an encounter broke out a kilometre away from his home in Pulwama. Children in south Kashmir are living in a fearful situation on a daily basis, exposing them to the vulnerability of mental health issues,” he added.

The silver lining, according to Dr. Hussain, is that despite the anxieties, only 11.3% of the population was found suffering from grave psychological disorders in a recent survey. “Social networking, social bonding, faith, altruism and humour are emerging as resilience mechanisms in the affected population,” he added.

The hopeful scenario of coping mechanism resonates with Mr. Maqbool, too. “I am not going to give up because I lost sight in one eye. I was born a journalist and will die as a photojournalist. No nightmare or trauma will stop me from clicking the beautiful as well as ugly side of Kashmir. I will keep documenting Kashmir for future generations,” he said. 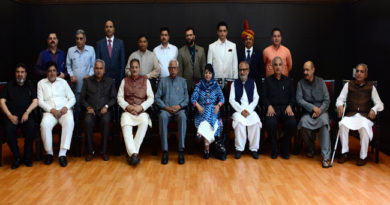 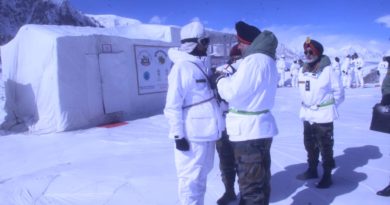