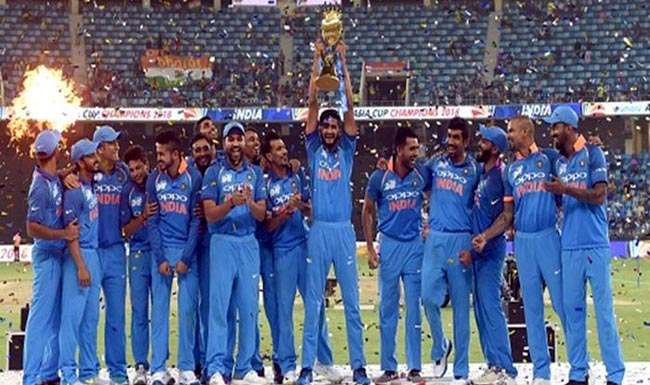 World Cup 2019: India chief selector MSK Prasad said his committee has covered all bases for the 2019 Cricket World Cup and added the squad has the luxury of 7 bowlers. Vijay Shankar and Hardik Pandya were both named in the World Cup squad on Monday.

SK Prasad, India’s chief selector said his committee covered the best possible squad for the 2019 Cricket World Cup and added all bases have been covered in the 15-man squad led by Virat Kohli. The selection committee left out Rishabh Pant and Ambati Rayudu while all-rounder Vijay Shankar made the cut as a batsman who can bowl.

MSK Prasad spoke to the media in Mumbai and named the squad in the presence of Amitabh Chaudhary and said his committee has selected one of the most balanced Indian teams.

“In the last one year or so, these two wrist spinners have done well. Wickets might be a bit more dry. Jadeja might come in handy,” MSK Prasad said on Monday.

“After the Champions Trophy, we have tried a few middle order options. We gave a few more chances to Rayudu but what Vijay Shankar offers is 3 dimensional. If the conditions are overcast. he might bowl a bit and he is a fantastic fielder. He is a batsman who can bowl.

“In the team, we have the luxury of 7 bowlers. We have covered all the bases and this is one of the most balanced Indian sides for the World Cup,” Prasad said.

MSK Prasad revealed the Khaleel Ahmed and Navdeep Saini were also discussed as back-up pacers and added they would be on stand-by and will fly down to England if the need arises.

“Khaleel and Saini were discussed and they will be around. If the need arises, one of them will go to England,” he said.

India’s World Cup preparation started soon after the Champions Trophy in England two years ago. India had lost the final to Pakistan and it was then that the selectors decided to try out two wrist spinners in Yuzvendra Chahal and Kuldeep Yadav.

“We had been planning soon after the completion of the Champions Trophy but in the last month or two, a couple of players like Vijay Shankar cropped up,” MSK Prasad said.

Earlier, Virat Kohli and MSK Prasad had insisted IPL performances would not affect India’s team selection for the 2019 Cricket World Cup. India have done well in ODIs over the last one year.

In 2018, India won their first ever ODI series in South Africa, won the Asia Cup, defeated West Indies at home and won away series in Australia and New Zealand. However, India had lost a 3-match ODI series in England in 2018.

India’s top-3 have done the bulk of the scoring over the last several years but Shikhar Dhawan’s recent form has been cause for concern. The onus will once again be on Rohit Sharma and Virat Kohli while India will expect MS Dhoni to carry on the good work he started in Australia where he hit 3 fifties in 3 ODIs and won the man-of-the-series award.

The main strike force in the pace department picked themselves. Jasprit Bumrah, Mohammed Shami and Bhuvneshwar Kumar have done incredibly well for India while the two wrist spinners Yuzvendra Chahal and Kuldeep Yadav will be a force to reckon with.

India begin their World Cup campaign against South Africa in Southampton on June 5. India’s next match will be against defending champions Australia at Kennington Oval, London before they take on New Zealand in Nottingham 4 days later.

India play the high-profile clash against Pakistan on June 16 in Manchester before returning to Southampton to play Afghanistan on June 22. India then play West Indies (June 27). Bangladesh (July 2) and Sri Lanka (July 6). 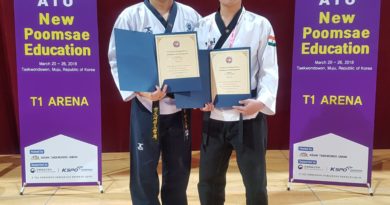 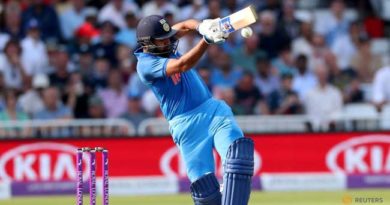