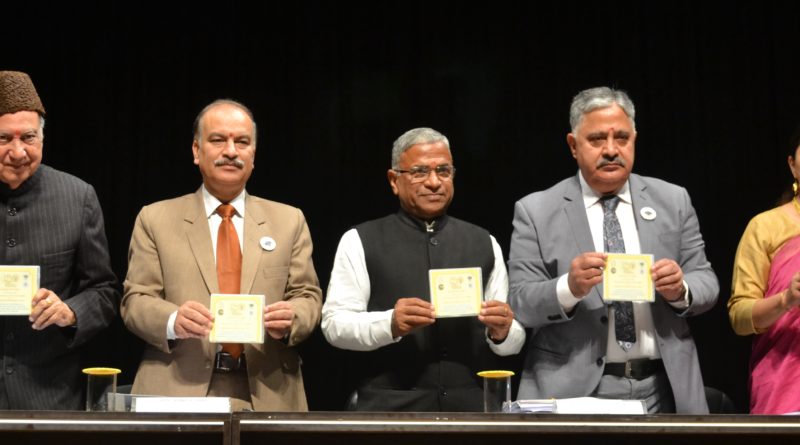 On the occasion of the 150th birth anniversary of the Mahatma Gandhi and  to create a common platform for local and global thought leaders of Gandhian philosophy to explain, discuss and spread the virtues of Mahatma Gandhi’s ideas and principles, the University of Jammu  in collaboration with Central university of Jammu and Saryodaya International trust today organized International Conference on revisiting the virtues of Gandhian  Philosophy: Relevance and applicability in the 21st Century.  The focus of the two days conference is to shed light on their applicability to both global and local problems.

Dr. Harivansh Narayan Singh, Deputy Chairman Rajya Sabha, the chief guest in his address said  that University of Jammu and Central University of Jammu are known for their  quality  in the field of teaching and research and stressed upon adhering to the teachings of Mahatma Gandhi. Dr Singh also said that Mahatma Gandhi believed that the purpose of Higher Education institutes should be to serve the people of the country and lead to their betterment.  He said that gandhian philosophy can improve future generations for many centuries such is the relevance of his teaching. Reaching the unreached with the life and message of Mahatma Gandhi especially in far flung areas, should be the core value and to undertake such other activities and to do all the foregoing mandate, educational institutions have a bigger role to play.

Mr Pascal Alan Nazareth, Retd. Ambassador India in his keynote address said  that Gandhi in his era influenced people all around the world. He was influenced by Jainism which teaches non violence. He applauded  the efforts of Jammu University and Central University of  Jammu in collaborating  to organize international conference on relevance of Gandhi in present scenario.    Mr Nazareth further said that Gandhi lately read the Bhagwat Gita and used to quote some of the verses during his discourse on various platforms. Mahatam Gandhi neither had the benefit of personality development, communication, organisation, management or leadership courses nor good looks nor great oratory. His only guidance came from his “inner voice”. Extremely timid in his youth, Gandhi became a fearless “star performer” once he took up the sword of Truth and the shield of non-violence”.

Earlier, Prof Manoj Dhar, Vice-Chancellor, University of Jammu in his welcome address said that the India is a land of saints and it is a momentous day that today we are celebrating 550th Birth Centenary of  Guru Nanak Dev Ji, 150th birth anniversary of Mahatma Gandhi and the 50th year of Golden Jubilee year of University of Jammu. Prof Dhar said that the Mahatama Gandhi inspired generations all together and quoted various verses from various renowned authors and of Mahatama Gandhi  to venerate the Mahatma’s appeal of his persona & teaching to the world arena. Gandhian principles and philosophy still have relevance in the 21st century, said Prof Dhar. Prof Ashok Aima, Vice-Chancellor, Central University of Jammu spoke about the values of Gandhian philosphy and their applications in the present area. He also presented  details about the two day conference. He said it’s a big opportunity for the students to learn from eminent gandhian philosophers.

The Vote of thanks was presented by Prof. Renu Nanda, organizing secretary of the conference.

The proceedings of the event  was conducted by Dr. Komal. Nagar, TBS 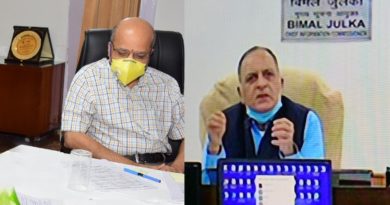 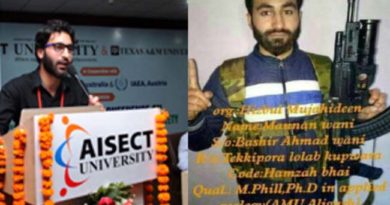 Manan changed base to revive militancy in northern Kashmir: Police 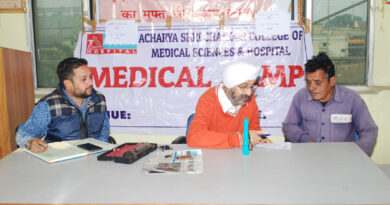