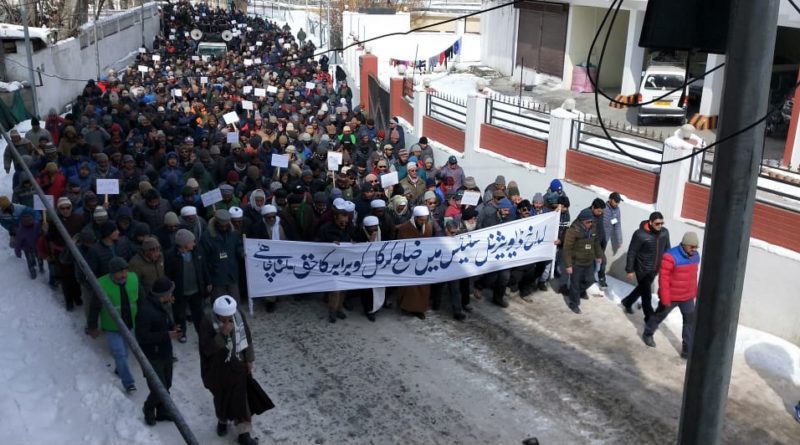 In Jammu and Kashmir more than 10,000 people flooded to Kargil Town and assembled at Islamia School Chowk under the leadership of All Religious, Political and Social Organization and marched towards Baroo Kargil to protest the Sanction of the fixed Headquarters for newly created Ladakh Division, the third division of J&K state at Leh.

The protesters were chanting slogans like we want justice, Headquarter at Leh and Kargil on rotational basis etc.

The speakers, while interacting with the protesters told that this order has for the first time united all he stake holders of Kargil Ladakh and this wave will not stop till the decision is revived and the Headquarter of the Division should be on rotational basis six month of summer in Kargil and Six Month of Winter in Leh.

Acting CEC Nasir Hussain Munshi told that Council will lead and start a Civil Disobedience Movement against SRO 110 till the decision is not revived and requested the Governor administer tp reconsider and revive the decision and modify SRO 110.

Youth Action Committee Kargil Ladakh called a press conference during which they whole heartedly supported the mass movement by all the Religious, Political and Social organizations going on in Kargil, Jammu and other parts of the country. 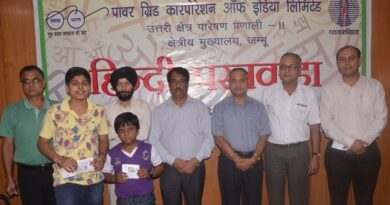