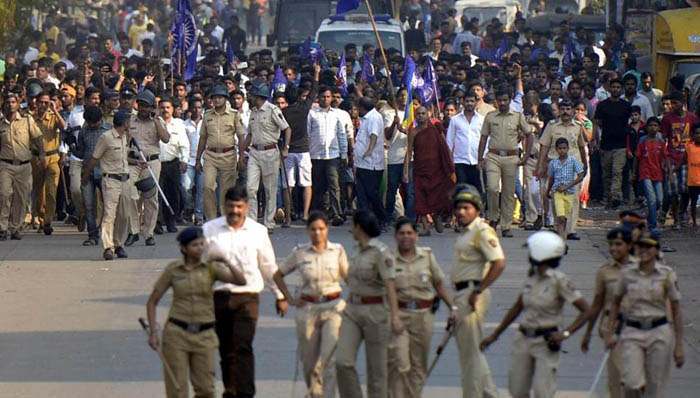 Mumbai, January 3: Maharashtra remained on edge after the anniversary of a battle fought 200 years ago brought to fore simmering caste tensions even as a statewide bandh called today to protest the state government’s alleged failure to stop violence witnessed stray protest by Dalits.

Dalit protesters tried to block tracks at the Thane railway station today morning, but they were chased away soon and the traffic on the Central Railway line remained uninterrupted, said a railway official.

Ambedkar alleged that Hindu Ekta Aghadi was responsible for the violence.

He said Maharashtra Democratic Front, Maharashtra Left Front and some 250 other organisations have supported the call for shutdown.

While the state government clarified that it hasn’t declared a school holiday, bus operators said they won’t run school buses in Mumbai today.

“We can’t risk students’ safety and security. Will take a second decision at 11 am if we can run them in the second half, depending on the situation,” a School Bus Owners’ Association spokesperson said.

Gujarat MLA and Dalit leader Jignesh Meavani, who was in Mumbai yesterday, alleged the attacks on Dalits in Pune district two days ago were carried out by supporters of the BJP and the Rashtriya Swayamsevak Sangh.

“These organisations are modern-day Peshwas, representing Brahminism in its worst form. Two hundred years ago, our forefathers fought against the Peshwas. Today, Dalits of my generation are fighting against the new Peshwas,” he said.

“Why can’t Dalits peacefully commemorate the anniversary of the Bhima Koregaon battle? The attackers have resorted to such methods because they are scared of Dalit assertion,” he said.

Pune police last night said they had received a complaint against Mevani and Delhi’s Jawaharlal Nehru University’s (JNU) student leader Umar Khalid for their “provocative” speeches at an event in Pune on December 31.

Mevani and Khalid had attended the “Elgar Parishad”, an event organised to commemorate the 200th anniversary of the battle of Bhima-Koregaon, at Shaniwar Wada in Pune.

Violence erupted in Pune district when Dalit groups were celebrating the bicentenary of the Bhima-Koregaon battle in which the forces of the British East India Company defeated the Peshwa’s army.

Dalit leaders commemorate the British victory, as it is believed that soldiers from the Mahar community – then considered untouchable – were part of the East India Company’s forces. The Peshwas were Brahmins, and the victory is seen as a symbol of assertiveness by Dalits.

In Kerala, Shopping Complexes With Riders, Salons For Haircuts, Shaving 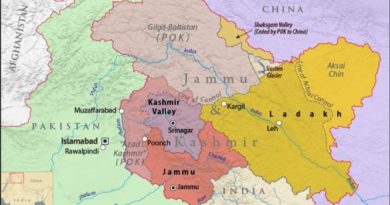 In Significant Move, India Brings Areas In PoK Under Its Weather Forecast