In a major success for the Indian security forces, four Pakistani spies-turned terrorists have reportedly been arrested from Jammu and Kashmir’s Udhampur, Doda and Kathua districts.

According to reports, the arrest was made following inputs from the interrogation of two spies who were arrested last month after being caught shooting videos and taking photographs of the Ratnuchak military camp.

The two arrested spies were identified as Nadim Akhter and Mushtaq Ahmed and it was revealed that they used to regularly share videos of the Army camp with their Pakistani handlers through WhatsApp.

Today’s arrests were based on information these two provided to the security forces, Times Now has learnt. Now a total of six Pakistani spies have been arrested in the last two months.

Notably, four other terrorists were killed today after an overnight operation by the security forces in Pulwama district. Two SPOs who were reported missing since the last couple of days were also killed in the encounter. As per prima facie evidence, the missing SPOs seemed to have joined the terrorists’ ranks.

A search and cordon off operation was launched last night based on credible inputs in the Lassipora area. Arms and ammunition including three AK series assault rifles were recovered from the slain terrorists.

Until the last week, over 100 militants have been killed in the Valley with shockingly around 75 of them being local Kashmiris. Among those killed, 23 foreigners have also been neutralised, including top commanders such as Zakir Musa, the chief of so-called Ansar Ghazwat-ul-Hind, a group affiliated with Al-Qaeda. 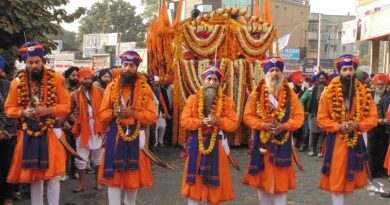 Sikh community takes out Nagar Kirtan ahead of Prakash Utsav