Comprehensive Viva-Voce Examination (CVVE) rescheduled for Aug 5, 2020 by NIT Srinagar vide notification NIT/DAA/2020/157 dt. July 6, 2020 is approaching and the students at the receiving end are nervous and blue. Given the rising number of infections in Jammu and Kashmir, the decision made by the NIT, Srinagar Senate is being criticized.

The reasons for the friction include COVID-19 Pandemic scare, unavailability of adequate internet services, no or less syllabus coverage, shortfall of effective teaching resources, no follow-ups, law and order situation, etc.

On July 3rd, 2020 the institute notified that the students have to sit for a CVVE against an already declared exam module wherein the new module suggests 40 per cent weightage for CVVE. Essentially on May 15th, 2020, a committee appointed by Chairman-Director Senate made recommendations for a exams claiming “workable outcome for all stakeholders”.

Students are of the view that this allocation is disproportionate and the situation is not conducive for the scheduled viva exam. According to the students at first instance, they were informed of the CVVE only a week before the earlier scheduled date July 10, 2020. But after facing the heat, the administration rescheduled CVVE to be held from August 5, 2020.

Recommendations dated May 15th, 2020 said that the final semester UG & PG students were to be assessed according to the 50-50 criteria in which 50% marks were to be given on assignments, tests, quizzes, viva etc, and remaining 50% on the basis of previous best examination grades and the same would be applied to other semesters if it was successful leaving the students of mid semesters confused and off guard.

We spoke to the NIT’s Dean Academic Affair, Prof. Dr.Kausar Majid on the issue and she said, “We are aware about the prevailing situation which is having an equal impact on everyone. However, we are in compliance with all MHRD, UGC and other effective guidelines and advisories and the students are our prime concern.”  She added that this is a well thought out unanimous decision as we have considered the demands of all stake holders involved in the process. Apparently the NIT administration has been getting emails from students asking for exams to be conducted among various others demanding otherwise. The problem according to the students is that they were kept in dark about Viva till the end of semester and that the exam includes syllabus from whole curriculum. Sources revealed that while there were no classes conducted at the college premises for almost whole semester, the teachers engaged for online classes failed to perform the task bunking on the lingering internet problem in Jammu Kashmir. To this, Dr. Majid said that we have provided resources good enough for students to qualify the examination as it is a mandatory process which only hones better future for the examinee. She also emphasized that it’s the students’ responsibility to self study. She further added, its our duty to educate the students with inclusive approach and prepare him/her for all facets of life.

Covid cases are increasing everyday and so is the element of fear of infection which has taken a toll on the minds of the students and many studies have revealed results of disorientation, lack of interest. A student said that since his residential area is redzoned, his state of mind is disturbed and not fit to take the test.

A parent said that the truth is the idea of taking an exam for the student is entirely different from the institutes’ perspective. The institute expects them to merely qualify but the aim of the students is good grades or their future endeavors could be jeopardized given our education system and higher education and job eligibility conditions.

The Dean Academic Affairs said that the students should expect leniency as they were aware about the scenario. She further added that there would be an advisory rolled out about the modus operandi of the exams.

She added, “Amid ongoing pandemic, it’s a possibility that the coming semester might be conducted online as well.

Students have complained that it is unjustified to take Viva examination with just one week’s notice while they were preparing for previously decided module with 50-50 criteria. They also claimed that due to non-deliverance of lectures and incomplete syllabus, students lack proper understanding of the courses.

They have once again written to the NIT Administration and MHRD stating their unpreparedness for CVVE which will adversely affect their CGPA and stressed for 50-50 criteria. But there has been no response from either.

Many IITs and NITs have either cancelled the Exams or are conducting the same in a student-friendly environment using Google Classroom or Google Forms. The NIT Srinagar dropped in NIRF ranking recently.

Various explanations by the NIT authorities apparently are not in sync with the voice of the students and issues need to be addressed as students form the receiving ends of this transaction which for now only appears one sided. 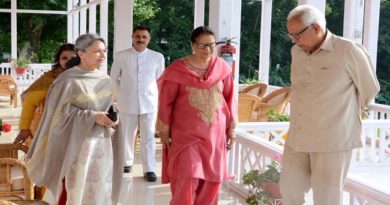