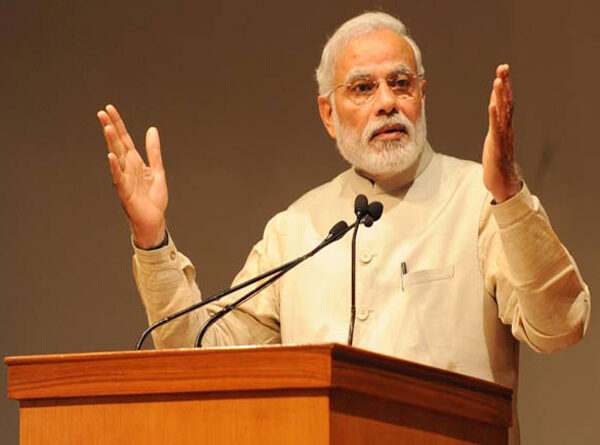 Prime Minister Narendra Modi’s re-election for a second five-year term drew a mixed response from the media in Pakistan with some calling it an empathetic mandate based on national security while others terming it a global trend of right-wing populists sweeping to victory.

Surprisingly the anti-Modi sting in the media was missing as for many outlets it was not an unexpected outcome of the elections.

There was also no use in regular reporting of threat to Muslims and minorities by Modi or his BJP. However, analysis and editorial did highlight such threats.

The element of in-depth coverage of elections followed by deep analysis was missing as almost all papers and other media outlets were dependent on news agencies in absence of dedicated reporting teams in India.

Dawn in a front page report wrote that Modi won an emphatic mandate in general elections that saw him pitching national security as an invincible talisman.

“In projecting himself as the choreographer of air raids on Balakot across the border, Mr Modi severely bruised a fractious and unequal opposition, according to the paper.

The next government in New Delhi will determine the course of Indo-Pakistan ties, which were pushed to a new low after the Pulwama terror attack. During the campaign, Modi harped on national security issues, including a counter-terror operation carried out at the biggest JeM training camp in Pakistan’s Balakot.

Dawn wrote a scathing editorial about the success of Modi, terming it a victory of communal politics.

“For the world’s largest democracy, the writing is on the wall: communal politics in India has triumphed in an age that will define the future of the republic,” it worte.

It wrote that the results are astounding, and depressingly show that religious hatred and sectarian politics can be exploited to lure voters.

“Notably, the months leading up to Mr Modi’s campaign were marked by anti-Muslim and anti-Pakistan rants, with India going so far as to escalate tensions by conducting air strikes inside Pakistan in order to whip up nationalist sentiment, it opined.

The News International termed Modi’s win as “dramatic” but added that it only was reflection of a global trend.

“His re-election reinforces a global trend of right-wing populists sweeping to victory, from the United States to Brazil and Italy, often after adopting harsh positions on protectionism, immigration and defence,” according to the report.

However, an analytical article by Aijaz Zaka Syed appeared in The News International credited Modi for the victory of the BJP.

“If the BJP and Modi have won this election, they perhaps deserved to win. They put in a great deal of hard work and have had the hunger to win,” he wrote.

He also said that Modi could be responsible for many sins but the Opposition failed to expose his failures.

“It failed to offer a positive, redeeming narrative to counter the BJP’s campaign of hate and toxicity. Other than the single point agenda of getting rid of Narendra Modi, the opposition did not offer anything else. The Congress’ promise of nyay’ (justice for all) came very late in the day and was simply lost in the BJP’s propaganda blitz screaming about its various schemes and initiatives, he wrote.

The Express Tribune’s main story about Indian election results was not much different from the The News International as both had used contents of same news agencies.

The Nation in the main story highlighted that Pakistan Prime Minister Imran Khan congratulated Modi on his victory.

The electronic media was also not overtly involved in the results coverage and seldom stopped routine reporting to give breaking news and alerts about the Indian election results.

However, some of the evening TV talk shows pondered over the questions regarding impact of Modi on India’s relations with Pakistan.

Special advisor to Prime Minister on information Firdous Ashiq Awan told Hamid Mir of Geo news in his talk show on Thursday night that victory of Modi is neither a bad news for Pakistan nor a good news.

“We want to engage with India and resolve all difference through talks. For us there is no difference who is leading India, she said.

Foreign Office spokesman Mohammad Faisal to a question about elections in India said Pakistan consistently maintained that the only way to resolve all outstanding issues, including the issue of Jammu and Kashmir is through implementation of UNSC resolutions.

Dialogue is hence essential. We remain committed to the same, irrespective of whoever forms the new Government in India, he said.