It was a huge rally in Huston in America where Prime Minister  Narendra Modi told the audience the dangers that  Pakistan poses to  world peace. He  quite aptly linked the threads of terror that emanated from Pakistan  for the U S in 9/11 and for India on 26/11.

This needed a context and that’s what Modi has given to the world. The mastermind of the 9/11 , the most horrible terror attack that the world experienced on the soil of the  United States , Osama bin  Laden, the al-Qaeda, chief was found in  Pakistan , and that too,  in Abbottabad , the garrison town of Pakistan , making it clear that the Pakistan army and its spy agency ISI were guarding the most wanted man in  America’s list of  global terrorists.

Osama represented the worst ever face of the global terrorism. His discovery in Pakistani soil represented so many facets that have not been analysed hitherto. That Pakistan saw an asset in him, that’s why it was guarding  him . Assets are guarded , terrorists are hounded. Since Osama bin laden was guarded , whereas he should  have been hunted down and handed over to America , or Pakistan should have on  its own taken  action against him. Pakistan did neither. It fell on the US to hunt him down and give him the punishment that global terrorist deserved.

And, the mastermind of 26/11 Mumbai terror attacks in 2008 , Hafiz Saeed , is moving in Pakistan . Pakistan government has taken no concrete action against the terrorist who vows to destroy India and  his designs to bleed India are known world over. The  government of India has given so many dossiers containing evidence against  him , but no action has been taken against him. This is what makes the words  of Prime Minister Narendra Modi important , and resonate with the world opinion that has decisively turned against terrorism. Each and every country in the world is tormented by terrorism .

Pakistan should  have been exposed before  the world audience  so that it doesn’t use any other issue as a cover to hide its crime against humanity that it launches through tools of terrorism.

Another soldier killed on LoC at Mendhar, One injured 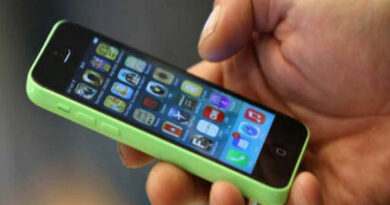