Pakistan was the first to condemn the brutal killings of new born babies and their mothers in a terrorist attack in Afghan capital , Kabul, on Tuesday in the strongest possible terms, but it did not reveal that the terrorists were from Taliban, a de-facto arm of the Pakistan army in Afghanistan.
On the same day, there was an attack on a funeral in Nangahar the eastern province of Afghanistan, Several men were killed and many more wounded . This again was the attack guided and executed by Taliban that works under the directions of Pakistan
These attacks have shattered the prospects of peace in Afghanistan, despite American brokered deal that seeks to reduce the footprints of American troops in the election year of President Donald Trump back home. He is not in a comfort zone there as his handling of coronavirus has come under severe criticism .
Attackers chose the timings of attack soon after the US envoy on Afghanistan Zalmay Khalilzad urged India to play a proactive role in the reconstruction and peace in Afghanistan. This was a clear acknowledgement of historic ties between India and Afghanistan . And this was never to the liking of Pakistan that has always sought to maintain its control over the Afghan territory and exploit the people there through its proxies . Pakistan describes it as its strategic depth.
It may be asked why should Pakistan do all this as that would in no uncertain terms mean confronting the US . It wants to extract more concessions from the US in the name of the deal that conditions that Taliban to end the violence and enter into dialogue with the Afghan Government as a way forward to reconcile differences between the two sides.
Another answer is , it owes billions of dollars to China on account of the China- Pakistan economic corridor and of late it has come further closer to Beijing for the latter took a pro- Pakistan stand on Kashmir at the UN and it has also echoed Pakistan’s version at the international fora.
The strategic ground realities are experiencing tectonic shift in the region . Pakistan is going to up violence in Afghanistan through Taliban to serve its strategic objectives and also to please China that has virtually colonised Pakistan . It has employed multi-pronged strategy – destabilising Afghanistan in first place , to work against Indian involvement and interests in Afghanistan , draw concessions from the Trump administration.
It has sensed the weakness and compulsion of American government and overall to serve and further the interests of China in the South- Asian region. 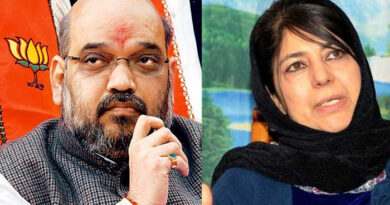 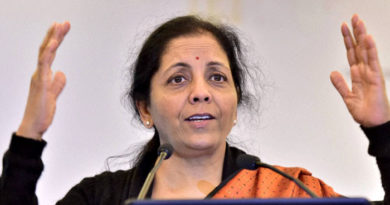