Pakistan is suffering from illusions of its own as if the current stand-off between China and India on Ladakh and elsewhere was working to its stand point on Kashmir. The realities are not only different, but also hostile to Islamabad as its immature thinking and strategies are backfiring without any break.

On the issues that Pakistan was banking and trying, rather desperately, to show to the world that the historic decision by the Indian Parliament to scrap Article 370 that for seven decades had distinguished J&K from rest of India in the matter of rights and privileges, that it was wrong. And, when china intruded into the Indian Territory in Ladakh and some Chinese experts linked it to the historic decision of August 5 as one of the reasons that provoked Beijing to go in for a stand-off in Ladakh after it was made a Union Territory.

Had that been the case, China would not have engaged in diplomatic and military level talks with India on the issue considering the fact that it had adopted a particular stand against India after the special status of J&K was dissolved and the erstwhile state into two UTs. That stand was unpalatable to India and Delhi had shown its resentment on the matter. China had convened two UNSC meetings, though private at the behest of Pakistan where the establishment had reacted furiously to the changes in J&K, constitutionally and geographically. But the ground has shifted since and Pakistan is in greater trouble at the moment.

China is more worried about the second wave of Covid-19 in which its capital Beijing’s markets have been shut and new restrictions have been imposed with an unprecedented success. Internationally, it is virtually in a cold war status with the United States. And according to Pakistan’s own thinkers and veterans in diplomacy have predicted that even if the Democrats replace President Donald Trump in this election year, there would be no shift in the US policy toward China.

Pakistan’s permanent representative at the UN until few months ago in her piece published in Dawn on Monday wrote: “the political consensus and public opinion that has emerged in the US — fanned by President Donald Trump’s actions and rhetoric — sees China as an adversary that has exploited the US on trade and poses a strategic challenge that needs to be countered and contained, not engaged. Many foreign policy advisers of the Democratic contender for the presidency, Joe Biden, also happen to be hawks on China. Therefore, whoever wins the election will likely follow a tough line on China.”

China has also opened so many fronts all at once. Its economic relations with Australia are at the lowest ebb. The national security law has angered people in Hong Kong who had been filling streets since last year. Its clashes with Taiwan are best known, and so is its bid to dominate the South China Sea waters. In these circumstances, China is not an irresponsible nation to bear the economic burden of even its all weather friend. Pakistan is a strategic essence of China but the economic troubles are diminishing the relations.

Pakistan observers have concluded that Islamabad has not been able to effect any geo-strategic change, and shift the focus to Kashmir.

Pakistan’s security analyst Muhammad Amir Rana noted: n a nutshell, Pakistan is struggling to adjust its geopolitical priorities, and nothing substantive has changed in its geostrategic doctrine.”

That tells where Pakistan stands in the geo-strategic world. These are Pakistani voices that have become more vocal and critical of its leadership.

Panchayat and urban body elections likely to take place in Jammu and Kashmir in October 2018; BJP asks cadre to be ready 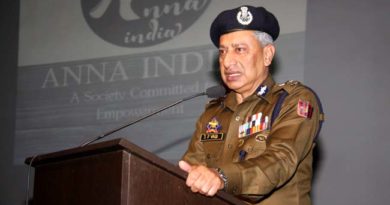