Pakistan’s game on Kashmir is blowing up in its face. This is no exaggeration. It is a striking fact that has resurfaced in the United States, where Pakistan is peddling its concocted version of the events in Jammu and Kashmir. It is tirelessly telling the world that “Kashmir is in lockdown for the past 50 days, the people in the Valley have no access to food, medicines and all other necessities of life.”

It is an absolute lie.

How can the population of over seven million in Kashmir survive without food for 50 days? It is impossible. But Pakistan is making this falsehood as a reality. This view of the establishment in Pakistan is being further supplemented and carried out by Pakistani media.

It was obvious when a couple of Pakistani reporters asked President Donald Trump of the US, as to why he, and America were not intervening in this “humanitarian” crisis. The added question was, why America is not intervening as “India had violated all the U N resolutions on Kashmir” by revoking its special status.

These questions  did not get any answer from the President Trump who was talking to reporters in the presence of Pakistani Prime Minister Imran Khan in New York, where the two held a brief meeting on the situation in South Asia that covered Indo-Pak relations, the US –Taliban talks, Afghan-Pak ties , and of course Khan brought his country’s staple   issue of Kashmir .However, one sentence by Trump  while pointing toward Khan  summed up the things the way Trump and Americans view such irresponsible utterances,” where from do you get such  reporters.” His another sentences, asking the reporter: “Are your member of his (Imran Khan) team would have made things embarrassing for any head of the government at any place.

Pakistan is surviving on two falsehoods on Kashmir.  First, it is presenting Kashmir situation as a “genocide.” Either it is unaware of the meaning of the word “genocide” – that is quite unlikely, but when falsehood becomes the norm, such things are expected. Pakistan has borrowed this term from the western media that has often, though not with that regularity and pointedness, referred to the situation in Baluchistan and other provinces in Pakistan in such terms.  Pakistan had bombed the cave shelters of Baluchi nationalists and continues to treat them as pariahs. They have been exterminated. They have been denied access to the necessities of life. Pakistan should have heard shrieks of Baluchis, instead of spreading canards about the Kashmir situation.

In a place where there is no gasping of breath- going by Pakistani account- the people are moving around, doing their daily jobs, selling grocery, purchasing grocery and moving out of the Valley on their own will and coming back accordingly. There are restrictions on internet- but gradually kiosks are being opened in districts to enable the students to do the work. The internet is shut because of Pakistan because it wants to spread falsehood and display the gory pictures of the conflict areas in the world as something that is happening in Kashmir. Let it behave as a civilized nation, things would smoothen up. But Pakistan won’t do that, because it has no interest of Kashmiris, it wants them to pick up guns and fight in the streets. Since that is not happening, it giving vent to its anger and frustration over it through the falsehood. 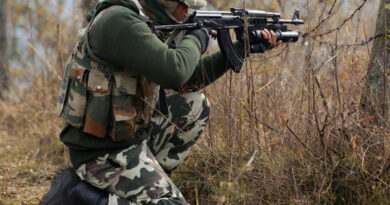 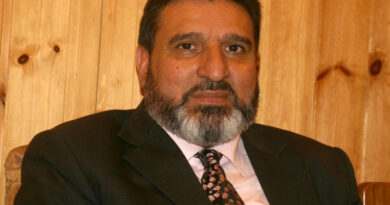 I am happy with my expulsion, but it is debatable: Bukhari 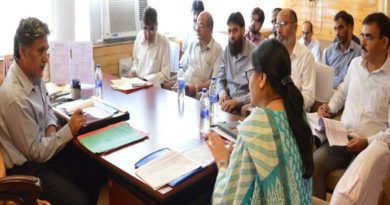