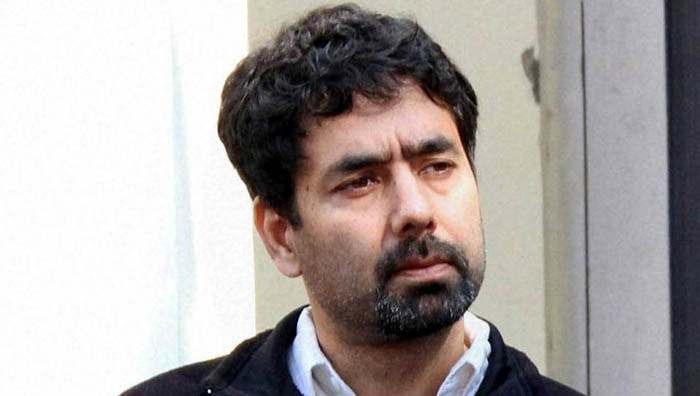 IN perhaps the strongest indictment by the Peoples Democratic Party of its alliance with the BJP since it came to power in 2015, J&K Tourism Minister Tassaduq Mufti has said that the two parties have “ended up being partners in a crime (for which) an entire generation of Kashmiris might have to pay with their blood”.

Speaking to The Indian Express, Tassaduq Mufti made it clear that this is not his personal view but the overwhelming sentiment within the PDP.

Although Mufti is not the party’s official spokesman, his views carry weight because besides being a minister in the PDP-BJP government, he is also son of the late PDP patron and former CM Mufti Mohammad Sayeed and brother of Chief Minister Mehbooba Mufti.

“Today the threat is that while we are in control, we are no longer trusted,” he said. “We were supposed to be partners in rebuilding of this place but, sad to admit this, due to the non-fulfilling of commitments, we have ended up being partners in a crime that an entire generation of Kashmiris might have to pay with their blood”.

He urged the Centre to “give up its obduracy and recognise the problem at hand, de-escalate tension, resume the political process” and implement the commitments made in the agenda of alliance. Failing which, he said, the PDP has to “take one last bow and apologise to people for having unknowingly pushed them into something they did not deserve”.

Mufti’s remarks come when there has been a yet another surge in violence in the Valley, with 18 civilians killed in security force firing, hundreds injured, 47 militants, 26 among them local and 20 security personnel killed in encounters this year; a spike in the firing along the LoC and infiltration. Also, the horrific rape of a child in Kathua and the manner in which a section of the local BJP has railed against the police in support of the accused has also touched off many nerves in the PDP.

“The brutal murder-rape of a tribal child and the subsequent communal politics over it has pushed the state to a new low and brought shame to all of us…If coalition politics is about living with a series of failures and ignominies, then I am sorry I don’t know how to hide my awkwardness and discomfort with it,” he said.

Pointing to what he called the “epidemic of pellet-gun related blindness” and “the massiveness of funerals given to slain militants,” Mufti said that “the alienation has reached a level now where it can lead to bloodshed of a scale that doesn’t find a precedent in history”.

“No war can be won against the people and this is something we must not lose sight of. The government can’t wait to see who blinks first. Immediate political reach out is needed,’’ he said. “The onus is on the Centre to find ways and means to engage people. Talking to Pakistan is important and political hawkishness might apepar to give us temporary gains but in the long term it can damage us severely.”

Recalling how his late father Mufti Mohammad Sayeed decided to join the BJP, Tassaduq Mufti said: “In 2015, when the Agenda of Alliance was being carefully drafted to solemnise the coming together of two ideologically disparate parties PDP and BJP, I was one of those people who kept aside his natural cynicism for such unnatural coalitions, believing that history might throw up a surprise this time…So while a lot of people looked at the agenda of alliance as a governance agenda, I saw it as part of the framework for resolution of the larger Kashmir dispute that is at the root of all problems in our State. A strong government at the centre led by Narendra Modi, who initially betrayed gestures of statesmanship, came as a reassurance that maybe this experiment could work and all our ills might be remedied once for all”.

Underlining that governance is more than addressing gaps in infrastructure, Mufti said: “We are seen as a government which has a lot of money to build latrines, to install transformers and to repair potholes but has no word of sympathy to offer to a hurt, alienated population. The only Centrally sponsored scheme that could have worked in Kashmir was a credible political initiative backed by the Centre that would be a departure from similar engagements of the past…but that most important element of compassion is still missing. Those in the Centre who believe that money can buy everything must remind themselves that Kashmiris have perfected the art of seeing through the silk-sheets of Shylockian politics.’’

Referring to the spurt in killings, Mufti said: “What great expectations should we have when our only answer to our people’s cries of anguish and anger, is the bullet?…How does one look away from our mothers who have lost their young sons? How does one look away from the pain? This anger and disillusionment is sure to spread its tentacles far and wide. I am disturbed by this reality and it constantly weighs on my mind. But to keep silent when every other day is a day of mourning, when young shoulders are carrying the burden of our collective inadequacies, when the repeated rape and murder of an eight-year-old child finds advocacy in the name of religion, would be a sin. This is not my voice alone but the overriding sentiment of our party”.

“Escalation in violence and the day to day loss of lives has brought Kashmir to the brink of a disaster. If there is an irritant that is provoking youngsters to take up to violence, that irritant must go immediately,’’ he said. “We can’t burn all bridges and expect that masses can be made to yield by sheer might of the state. It doesn’t work that way. The alienation has reached to a level now where it can lead to bloodshed of a scale that doesn’t find a precedent in history”.

He said that the ferment among the young was a pointer to the road ahead. “The outpouring from student class is a huge alert sign. Highly qualified youngsters leaving homes to take up arms is something that can’t be blamed on radicalisation alone…We can’t get into war of narratives. At the cost of sounding politically incorrect, I am reaffirming that Kashmir issue needs to be resolved immediately if we wish to see lasting peace in the subcontinent”.

“I am not going to be quiet and act as if I am unmoved by the tragedy that is unfolding at ground level, just because I am part of the government. All lives matter. Lives of the people on both sides of ideological divide. And this is a government for the people and I see nothing wrong in standing with the people to find a solution to the ongoing crisis,’’ he said.

Asked about his role as J&K’s Tourism Minister, Tassaduq Mufti said: “I do not wish to talk about tourism at a time when a mood of bereavement has filled the Kashmir valley…Tourism in Kashmir has suffered a huge setback whenever there is violence because it is an industry for which peace is imperative. No one can risk his life and visit a place where he doesn’t get a sense of joy.’’

“I do not want that the number of passenger planes landing at Srinagar airport is used as a counter-argument to the number of coffins that are interned elsewhere. I don’t want that we have to hide our tears from our guests and hide our guests from the mourners on the streets. I am not for importing crowds of people to camouflage the immense outpouring of grief that has become a part of our daily life. Instead, I am for a tourism that is seen as a sincere developmental exercise by our people and not as a military operation. My tourism is for the people of Jammu, Kashmir and Ladakh first and then for everyone else”. 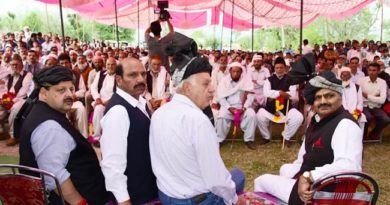 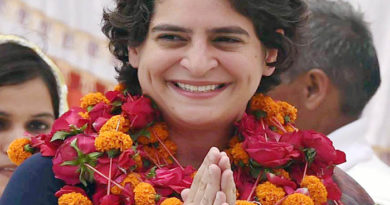 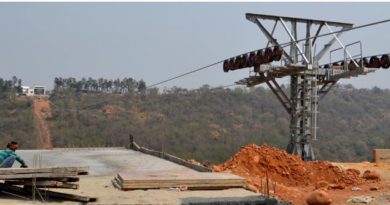