The hundreds of PHE employees and Casual workers under the banner of “PHE Employees United Front” made “Gehrao” of Chief Engineer office PHE Department Jammu on 21/05/2019. The employees have shown great resentment against the higher authority of PHE administrative and finance department for adopting delaying tactics regarding the regularization of casual and other workers. The workers were also demanding solution of other pending genuine demands such as release of all pending earned wages of workers for the last 55 months, arrange month wise wages for all sorts of casual workers, providing of Rs. 5.00 lacs cash compensation to the retiring or retired casual workers at the time of their retirements and providing of job to one family member of the deceased daily wagers in the department, remove the wages bar from the such casual workers who have not paid 12 months wages from 3/2015 to  3/2016, Ist appointment of the casual workers be considered from the month of he/she has drawn his/her Ist salary etc.

All the speakers while addressing to the workers in office premises of Chief Engineer, PHE Department Jammu have said that despite of assurances as given by the worthy Commissioner Secretary, PHE/Irrigation & Flood Control Department in different meetings to the leadership of the workers regarding solving of all genuine demands of workers nothing has been done till today.

The leader of PHE Employees United Front have warned the PHE higher authority and the State Govt. that if the demands of the employees which have already been projected before the higher authority are not considered by 22nd June 2019, the employees and workers of PHE Department will be forced to take drastic step like KAM CHHOR HARTAL and the State Govt. will be held responsible for the consequences. 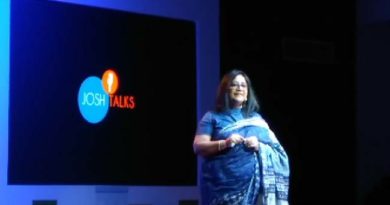 Josh Talks in association with Facebook a grand success in Jammu