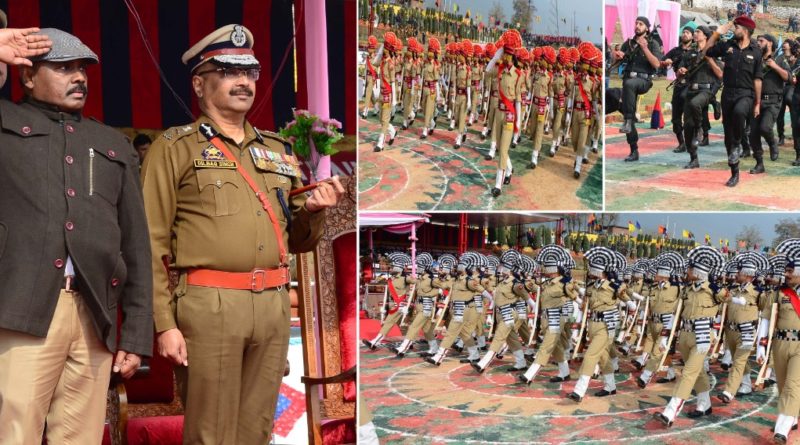 Lieutenant Governor, Girish Chandra Murmu today lauded the sacrifices of Jammu and Kashmir Police saying the force is doing a commendable job in ensuring law and order and maintaining peaceful environment in the region.
Speaking at the Passing Out-Cum Attestation Parade of the 14th Basic Recruitment Training Course (BRTC) held at Police Training College, Manigam, Lt. Governor, who was the Chief Guest on the occasion, said that J&K Police has faced all the challenges very boldly. “The role of Jammu and Kashmir Police is phenomenal and I must tell you that Police is doing a great work in ensuring smooth conduct of elections like recently held BDC polls,” he said.
Lt. Governor said that it was heartening to note that Police was conducting all its recruitment process though a transparent recruitment Process (TRP) and the education profile of the passing out recruit constables was also encouraging. He stressed that along with the law, the knowledge of IT sector has become very necessary. He advised trainee cadets to serve the public with utmost devotion and dedication. “This is a historical event. From today, you will be joining the mainstream police ranks and playing your roles in safeguarding the interests of the nation,” he said.
Lt. Governor said besides ensuring law and order in the region, Jammu and Kashmir Police has a greater responsibility in the development and welfare of the area. Referring to the recent snowfall and inclement weather conditions, he said the cooperation of Police force was vital in rescue operations.
On the development front, Lt. Governor referred to various schemes—urging people to avail the benefits of welfare schemes of the Government. He said that several projects have been listed as Languishing—assuring that his administration was taking every possible step to complete all such projects.
“Besides this we are keenly working to accelerate the process of recruitment here for our youth,” he said, adding “We are in a process of giving jobs to 30 to 40 thousand youth in police and other forces.” Lt. Governor said the Government was soon going to organize an ‘Investor’s Summit’—where investors would brainstorm on investment options in J&K.
Earlier, Lt. Governor inspected the Parade and took the salute.
In his welcome speech, Sh. Dilbag Singh, Director-General of Police, thanked the government, especially Lt. Governor, for taking keen interest in Police welfare. He said Lt. Governor visited the Police Headquarters on the very first day of the opening of offices in winter capital, which reflects his concern for the welfare of Police Force.
The DGP thanked Government of India for enhancing the remuneration of SPOs, enhancement in ex-gratia for police martyrs and the J&K administration for enhancing ration money allowance and hardship allowance for J&K Police Personnel.
Sh. Haseeb Ur Rehman, Principal of the PTC, gave brief about the Training Programme conducted for the 1,145 trainee constables who passed out after completing BRTC at PTC Manigam.
Sh. BVR Subrahmanyam Chief Secretary; Lt. Gen. KJS Dillion, General Officer, 15 Corps; Sh. SJM Gilani ADGP Armed; Sh. Hasmat Ali Khan, Deputy Commissioner, Ganderbal were among the senior police and civil functionaries present on the occasion 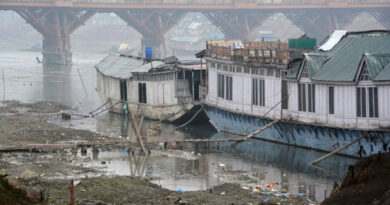 J K Govt for dredging of Jhelum on scientific lines