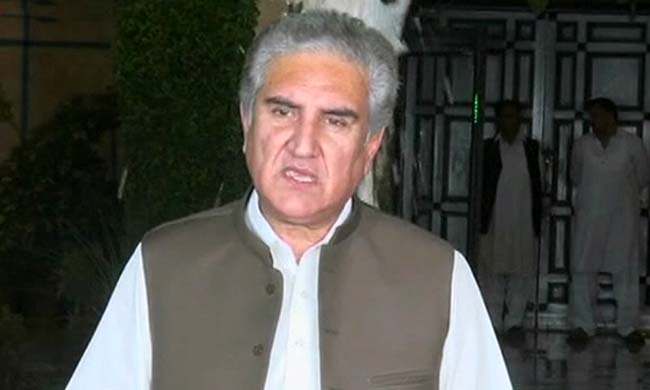 “Today [I] met Sushma Ji. She had a complaint that we sometimes talk in a bitter manner. She brought sweets today so we could also speak sweetly,” Qureshi was quoted as saying by the Foreign Office.

“We made it clear to her that we want all the matters resolved through dialogue, and that Prime Minister Imran Khan had said in his very first speech that if India takes one step forward, we would take two steps forward.”

“Even today we are ready for a dialogue,” he added.

The two foreign ministers’ interaction came at the end of a two-day SCO Council of Foreign Ministers’ meeting. They were initially scheduled to meet on the sideline of the United Nations General Assembly (UNGA) in New York last September.

However, New Delhi had scrapped that meeting just a day after agreeing to it, and had cited “unclean intentions” on Pakistan’s side as the reason for doing so.

The foreign minister described the SCO as an important platform for the creation of linkages between countries in the region. He said Pakistan is determined to implement the SCO charter.

Qureshi said that the China-Pakistan Economic Corridor would help promote further linkages in the region.

Condemning terrorism in all its forms and manifestations, the foreign minister stressed the need for addressing the root causes of the problem. He informed participants that Pakistan is among the few countries that have been able to successfully counter terrorism and invited SCO members for a discussion on Pakistan’s experiences and expertise in defeating the scourge.

The foreign minister said that Pakistan would continue to facilitate the Afghan peace process, emphasising that it is an initiative owned and led by the people of Afghanistan.

Qureshi stressed the importance of conflict resolution for peace and stability in South Asia, and said that Pakistan had delivered a message of peace by opening the Kartarpur Corridor for Sikh pilgrims.

The Kyrgyz president welcomed the foreign ministers and said it was matter of pride for his country to host the SCO meeting.

Pakistan, Russia against weaponisation of space

Qureshi and his Russian counterpart Sergey Lavrov signed a joint statement against the first placement of weapons in outer space.

The statement, signed on the sidelines of the moot, was described by the Foreign Office in a press release as a reflection of the convergence of views between the two sides.

“Pakistan and Russia share a common position on the prevention of arms race in outer space and work collectively in various international fora towards that goal. The signing of today’s joint statement on ‘No First Placement of Weapons in Outer Space’ is a reflection of convergence of views between the two sides,” the FO said.

“Pakistan and Russia have reiterated their commitment to refrain from the threat or use of force in outer space activities. We encourage other responsible space-faring nations to follow this example,” the FO said.

The FO said Pakistan had consistently highlighted the risks from weaponisation of outer space as it threatens the long term sustainability of peaceful space activities.

“The use of force against space-based objects, the development and deployment of anti-ballistic missile (ABM) systems and their integration into space assets have added worrying dimensions to the issues relating to outer space,” the statement said.

It further pointed out that there is an urgent need to address the gaps in the international legal regime governing the exploration and use of outer space.

The world needs to ensure “that no one threatens peaceful activities and applications of space technologies for socio-economic development,” the statement said.

Also on Wednesday, Qureshi met his Chinese counterpart, Wang Yi, on the sidelines of the Council of Foreign Ministers’ meeting.

According to Associated Press of Pakistan, both sides exchanged views on bilateral relations, the security situation in the region and other important issues of mutual interest.

A Foreign Office statement said Qureshi described China as Pakistan’s dearest friend and strongest ally in the meeting, and said that friendship with China is a cornerstone of Pakistan’s foreign policy.

“Whether it’s a matter of Pakistan’s national security, or regional peace and stability, China has always played a significant role,” Qureshi told Yi during the meeting.

He also congratulated the Chinese foreign minister on the success of the second Belt and Road Forum, saying that it was evidence of the international community’s confidence in China’s policies.

Pakistan and Kazakhstan also agreed to enhance the volume of their bilateral trade to $1 billion, Radio Pakistanreported.

The understanding was reached during a meeting between Qureshi and the Foreign Minister of Kazakhstan, Beibut Atamkulov on the sidelines of the Council of Foreign Ministers’ meeting.

Both the Foreign Ministers agreed to further expand their bilateral relations in diverse fields. 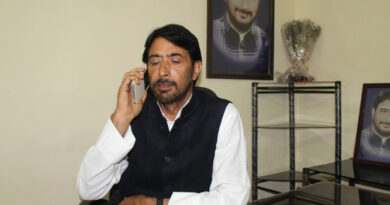 GA Mir gets another term as PCC president 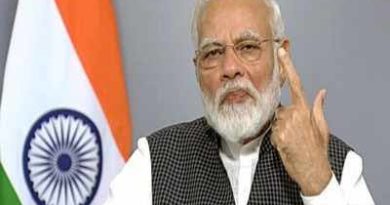