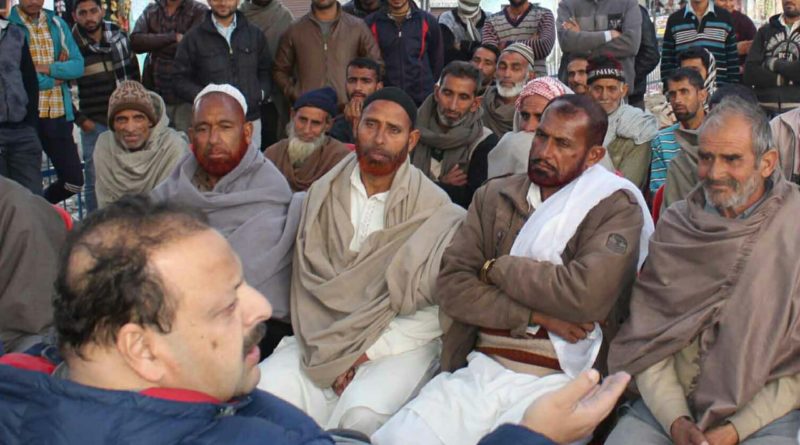 “The Centre and the State Government must take a considerate view on this long-standing proposal, having potential of changing the economic landscape of the entire area apart from bestowing added spiritual bliss to pilgrims, in view of road passing through several shrines revered from times immemorial”, Mr Rana said while addressing people at Bamyal, Chibba and Marh area in Nagrota Assembly Constituency this evening.

Mr Rana said he has been pursuing the issue with missionary spirit, both with the government and Shri Mata Vaishno Devi Shrine Board, as this monumental heritage route has suffered neglect for decades. He said the route is passing through several shrines revered by both Hindus and Muslims, which symbolizes the pluralistic ethos of the state.

“We are envisioning restoration of this route, for which we have been knocking every door”, he said hoping that peoples’ aspirations will get favourable consideration.

Rana said the opening of the heritage route to pilgrim traffic will enable people thronging from various parts of the country get to know the rich ehtos of the historic place in the footsteps of Maa Durga. He said the route, passing through serene environs and spiritual ambience, offers spiritual solace and Darshan of several revered temple which used to pre-requisite before embarking on the yatra to holy Bhawan on Trikuta Hills over seven decades ago. The route, he said, is bestowed with heritage assets like step-wells, ponds,  sarais, wells, temples and springs along the trails, which were once used and maintained by the pilgrims. The route starts from village Jagti (Nagrota) on the National Highway 1A and passes through Jagdamba Mata Kheer Bhawani Temple – Jagti, Durga Mata Temple – Pangali, Shiv Temple – Thandapani – Drabi, Shiv Shakti Temple, Raja Mandleek Temple-  and Raja Nowalgarh Temple – Marh, Drabi,  Kali Mata Temple – Gundla Talab, Ram Darbar, Shiv Temple- Bamyal and Oli Temple Chhapanoo-Bamyal. By reviving this route the devotees could be back home after paying obeisance at the Durbar of the Mata with enlightenment they have been searching all their life, he added

“Restoration and promotion of these areas as heritage pilgrimage sites will go a long way in promoting pilgrim tourism”, Mr Rana said, adding that the day is not far when Nagrota Constituency will emerge as a place of our dreams. He said the constituency has immense potential to be a proud gateway to the Mata Vaishno Devi Shrine as also the Kashmir Valley.

The Provincial President pledged to strive for accomplishing the vision of the people by ensuring all round development of the constituency that will eventually bring economic cheer for its people. 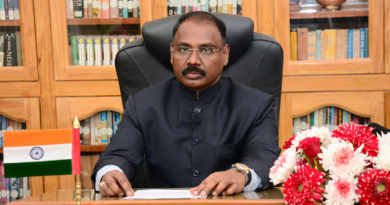 Protests in Jammu against mob attack on gurdwara in Pakistan