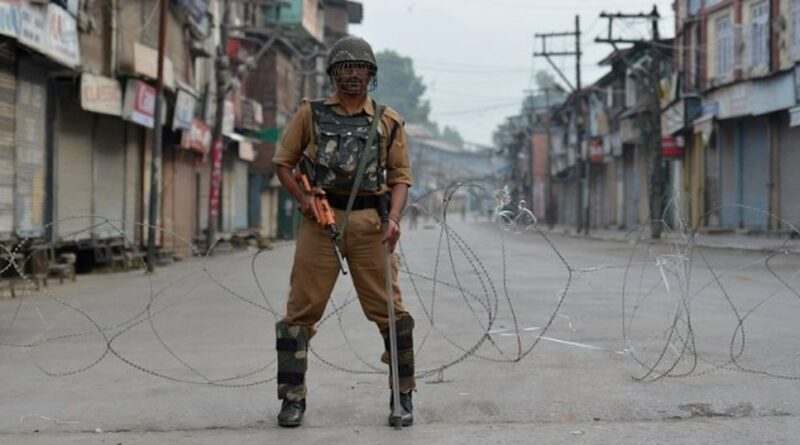 Commenting on the situation, police said restrictions were imposed in Rainawari, Nowhatta, Khanyar,  Gunj and Safa Kadal areas of the city.

Restrictions were imposed in parts of Srinagar city by authorities on Sunday, in order to prevent separatist-called protests against the mass detention of over 150 Jamaat-e-Islami (JI) cadres, police said. The protests were called by the Joint Resistance Leadership, a separatist conglomerate headed by Syed Ali Geelani, Mirwaiz Umer Farooq and Muhammad Yasin Malik.

Commenting on the situation, police said restrictions were imposed in Rainawari, Nowhatta, Khanyar, MR. Gunj and Safa Kadal areas of the city.

Meanwhile, heavy contingents of state police and the Central Reserve Police Force (CRPF) were deployed across the city to maintain law and order.

Tensions gripped the state of Jammu and Kashmir as nearly two dozen cadres of the Jamaat-e-Islami were detained by the police in Kashmir during the intervening night of Friday and Saturday.

Though police termed the detentions as routine, officials privy to the developments said this is the first major crackdown on the organisation that is part of the Tehreek-e-Hurriyat, a separatist conglomerate.

Additional troops were rushed to Jammu and Kashmir, however, no reason was provided for the deployment of such heavy force in the state.

The action comes eight days after an audacious terror attack on a convoy in Pulwama district in which 40 CRPF personnel lost their lives.

Mobiles open in Kashmir, Time for Pakistan to shut up

Pakistan should mind its own business , Kashmiris are happy