The State Administrative Council (SAC) which met here today under the chairmanship of Governor, Satya Pal Malik accorded sanction to the extension of date of depositing of 2nd instalment of arrears of Old Tax regime under amnesty scheme for streamlining the implementation of Goods and Services Tax upto 31st March, 2019.
The amnesty scheme announced by the Government in February, 2018, in addition to various other provisions, provides for 100% remission of penalty and interest on arrears of tax for dealers under the provisions of J&K VAT Act, 2005 (now repealed) and J&K Sales Tax Act, 1962.
As per the provisions of the scheme, it is mandatory for the dealers to pay the arrears, assessed/re-assessed /admitted upto the accounting year 2016-17 in three equal instalments. The due date for depositing of 2nd instalment expired on 31st January, 2019.
On the request from various stake holders, the Government has decided to extend the date of depositing of 2nd instalment upto 31st March 2019, so that the inconvenience faced by the dealers in depositing their instalment is addressed.
It may be mentioned that the 2nd instalment was due from 2001 dealers, out of which 817 dealers have deposited the 2nd instalment. 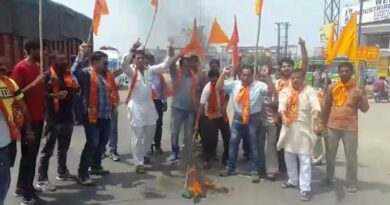