Senior Congress leader Mohammad Iqbal Malik, along with a dozen of party activists, joined the BJP on Monday, saying Prime Minister Narendra Modi’s slogan of ‘Sabka Saath, Sabka Vikas’ has infused a sense of security among the minorities.

Senior Congress leader Mohammad Iqbal Malik, along with a dozen of party activists, joined the BJP on Monday, saying Prime Minister Narendra Modi’s slogan of ‘Sabka Saath, Sabka Vikas’ has infused a sense of security among the minorities.

Malik, hailing from Darhal constituency in Rajouri, resigned from the basic membership of the Congress on Saturday after remaining affiliated with the party for over a decade.

He unsuccessfully contested state elections twice in the past.

“Before taking oath as the prime minister for second term, Modi paid his respect to the Constitution which made us realize that his government would run the country as per the laid down norms by taking everyone together,” he said.

“Sabka Saath, Sabka Vikas has induced a sense of security among minorities and that it carries great significance where an atmosphere of justice to all is being prepared,” Malik said after joining the BJP.

He said Modi’s assertion of bridging the gap and clearing misunderstandings between the BJP and minorities is a welcome step.

“Soon after taking over as the prime minister again, Modi took important decisions of three Es, which stand for education, employment and empowerment of minorities, a step which will go a long way in real empowerment of the neglected population of our community,” Malik said, adding that minorities should also respond in positive and move forward to strengthen the BJP.

Asserting that the nation has scaled new heights of development and seen welfare of all sections of society in the last five years, Madhav said Modi and the BJP have won hearts of minorities in the country.

“A wave of change has been witnessed across the country, particularly among minorities, who have realised that their future and welfare of young generation lies in strengthening BJP and contributing in nation building under Modi,” he said.

Welcoming the new entrants into the party fold, Raina said their activities in the BJP would further strengthen it in their areas and assured that the problems of the remote and far-flung areas would be raised at appropriate level for their redressal.

“The Congress and the National Conference always treated the Muslims of Rajouri and Poonch as vote bank and never considered them at par with those of valley in matters of development, welfare and socio-economic upliftment. The BJP fulfilled the demand of reservation to Paharis by giving three per cent reservation,” he said. 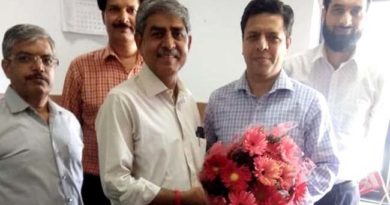 Government toys with Delimitation Commission in Jammu and Kashmir 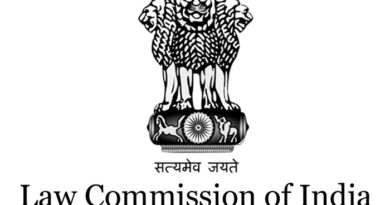