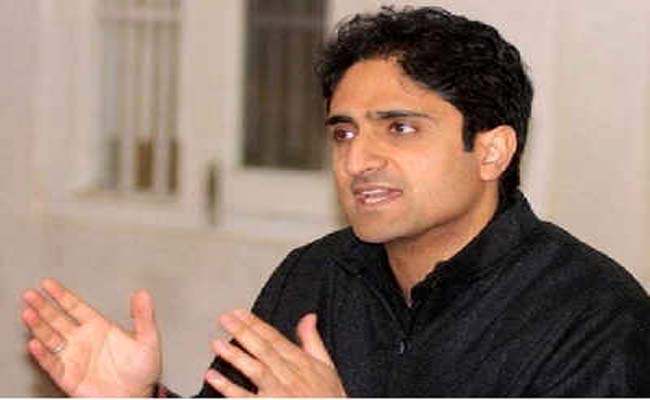 Junaid Mattu , a youth leader  who had quit premier Kashmiri party National Conference to  contest the Municipal Polls  in Jammu and Kashmir,  was  Tuesday elected as new Mayor of Srinagar Municipal Corporation. It is for the first time in the history of the Municipal Polls in Kashmir that  the leader who was elected as an independent candidate backed by regional group People’s Conference , a  pronounced ally of BJP the party that rules India .

The victory of Mattu who went against the National Conference’s decision to boycott the polls   and contested  as an independent signals a dramatic  change in the mood of the  people, who are fed up with the traditional political groups in Kashmir . He called his  election as Mayor to the newly constituted Srinagar Municipal Corporation as  harbinger of a “ change in Kashmir’s politics.”

Mattu , a USA educated  Kashmiri  had quit his job in America and plunged into politics of Kashmir – first he was associated with  People’s Conference  of Sajjad Gani Lone  who has emerged as a new star on the State politics because of his  bold utterances on the issues concerning Kashmir, about which other leaders  are hesitant to talk about. Later he joined National Conference and became a spokesman of  the party .  He was considered very close to former Chief Minister Omar Abdullah. However, he parted the  ways with the party and his leader in NC as he  stood for the liberal thought in politics  of Kashmir  ad he articulated the same without any inhibition ..

There was virtually no contest for  him during the Mayor’s election as Congress candidate was no match to him in charisma or support . . His Congress rival polled only 26 votes as against 40 of Mattu.

Kashmir observers rate it as a big win for Junaid  Mattu and what he represents , and a big  snub to Congress that had made it a straight contest with the  help of  some independents.

What India has done to its money is sickening and immoral

December 2, 2019 JKNT Comments Off on Groom skydives into his wedding, video goes viral

From engineering student to welders: The men who were part of ISIS-inspired group busted by NIA