The year 2011 is being taken as the basis for conducting the delimitation process in Jammu and Kashmir.
The census is carried out on a basis, that is the people are counted according to where they usually live rather than where they were found at the time of the census.The Delimitation/reservation of Constituencies- Parliamentary/Assembly/Panchayats and other Local Bodies is also done on the basis of the demographic data thrown up by the Census ” Our Census – Our Future” , said Satish Mahaldhar, Chairman of rehabilitations and reconciliation council

It is becoming increasingly clear that the Government of India is not interested in rehabilitating the persecuted and the expelled community of Kashmiri Pandits in Kashmir as promised on the floor of Parliament.

Over two lakh Kashmiri Pandit migrants are not enrolled in the electoral roll of Kashmir and nor are they registered with the Migrants & Relief Department. The names of the Kashmiri Pandits have been deliberately erased from the electoral records in the present Parliamentary Constituencies in Kashmir.

In the light of this, how can the delimitation process be fair?, he asked

In a democratic country with people’s oriented constitution, how can lakhs of members of a community be kept out of the process.

If the 2011 basis is taken for the delimitation process, then the Kashmiri Pandits will once again be the victim of injustice.

We demand:
1) Complete the domicile process for Kashmiri Pandits as this will give the right figure of their population.
2) The policy of rehabilitation of Kashmiri Pandits should be released immediately which will then become part of the delimitation process.
3) After completing the domicile process for the Kashmiri Pandits, it should be ensured that their names are enrolled in the respective Parliamentary constituencies as specified in their domicile certificates.
4) Delimitation Process should be stopped immediately till above process is completed as stated above.


For over 70 years, the democratic and fundamental rights of the Kashmiri Pandits have not been protected. There is an urgent need to correct the mistakes and bring justice to the beleaguered community.

Now is the time to rectify and set records straight.

If the year 2011-basis of the delimitation process is not set right then the whole process will appear as a sham.

We condemn this fraudulent exercise in which the rights of the people are not protected.

By going ahead this way, it seems the BJP is trying to appease those elements in the valley, which have caused the persecution of the minorities in the valley and have soft corner for the separatist agenda.

We also demand that the Kashmiri Pandits should also to be made members of the new delimitation process. 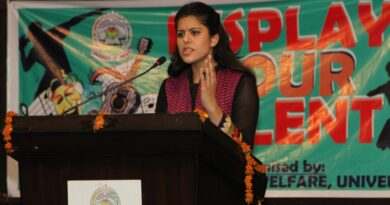 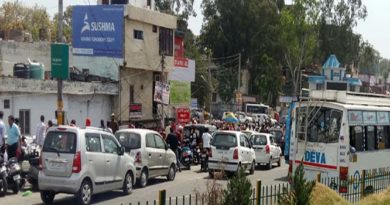