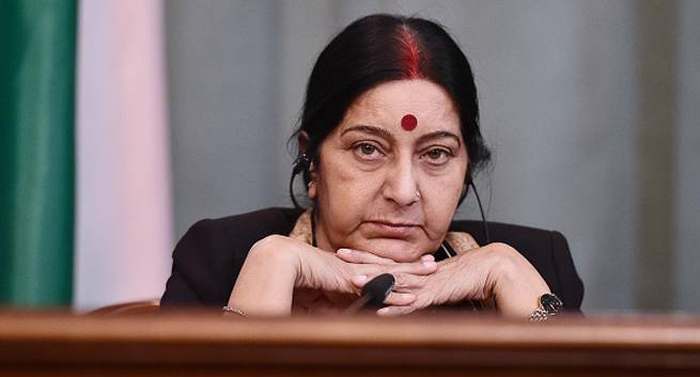 The last rites for Sushma Swaraj, the former foreign minister and a BJP stalwart, were conducted Wednesday to the sounds of ceremonial bugle and Vedic mantras, the widely different tunes emblematic of the woman herself who harmonised many different chords in her persona.

Swaraj, one of India’s most high profile woman politicians who died on Tuesday night, combined her hard-nosed politics with compassion and empathy, winning admirers across the political spectrum and among ordinary people whose lives she touched often, sometimes personally and often through social media.

The powerful orator leaves behind the legacy of an easily-accessible leader who played a key role in BJP’s emergence in the late 1990s.

The commitment of a leader, who became an MLA for the first time when she was just 25 before going on to become Haryana’s education minister, was there till the very end.

Hours before her death on Tuesday night, Swaraj was on Twitter, congratulating Prime Narendra Modi after the Centre’s move to revoke the special status for Jammu and Kashmir.

“I was waiting to see this day in my lifetime,” she said in her prescient message.

A short while later, she died at the All India Institute of Medical Sciences after suffering a cardiac arrest.

Swaraj, who had a kidney transplant in 2016, had opted out of fighting the Lok Sabha elections this year due to health reasons.

She was not part of the Modi government this time and S Jaishankar replaced her as the external affairs minister.

She will long be remembered for being that rare minister who exuded so much warmth that people didn’t hesitate to reach out to her in times of need. Swaraj could be depended on to help out the diaspora in distress with her revolutionary social media outreach.

As the tributes poured in after her sudden death, there were many who remembered her as a mother figure.

Several path-breaking measures such as the passport infrastructure expansion and enhanced engagement with the East were the highlights of her tenure as the external affairs minister.

She was only the second woman to hold the portfolio after Indira Gandhi, who briefly kept the external affairs ministry under her while being the prime minister.

Swaraj had many firsts to her credit such as being the youngest cabinet minister in the Haryana government, first woman chief minister of Delhi and the first woman spokesperson for a national political party in the country.

She started her political life with the Akhil Bharatiya Vidyarthi Parishad, the RSS’ student wing, and later joined the BJP.

She was the Information and Broadcasting minister in the 13-day Atal Bihari Vajpayee government in 1996 and got the Cabinet portfolio again after he led the BJP to power in 1998.

Always eager to take on a challenge, Swaraj contested against the then Congress president Sonia Gandhi in Bellary in 1999 Lok Sabha polls. Though she fell short of votes, she grew in stature.

Long seen as a protege of veteran BJP leader L K Advani, she also was Leader of Opposition in the Lok Sabha between 2009-14.

“She touched everyone with her warmth and compassionate nature. I do not recall a single year when she missed bringing my favourite chocolate cake to me on my birthday,” Advani said, remembering her fondly.

Swaraj had played a key role in BJP’e emergence as a strong political force in late 1990s.

She also held the portfolios of Telecommunications, Health and Family Welfare, and Parliamentary Affairs in the Union Cabinet.

She was married to Swaraj Kaushal, a designated senior advocate of the Supreme Court of India who served as Governor of Mizoram from 1990 to 1993. Kaushal was also a Member of Parliament from 1998 to 2004.

Swaraj was also the recipient of the Outstanding Parliamentarian Award.

During her tenure as the external affairs minister, she handled several strategically-sensitive issues, including Indo-Pak and Sino-India relations.

Her role in resolving the prickly Doklam standoff between the Indian and Chinese sides will be remembered.

Swaraj’s humanitarian touch in diplomacy including extending help to people in distress, both Indians and foreigners, won her love and respect at home and abroad including in Pakistan.

Though known to be a tough fighter in the political battlefield, Swaraj was admired and respected across party lines. 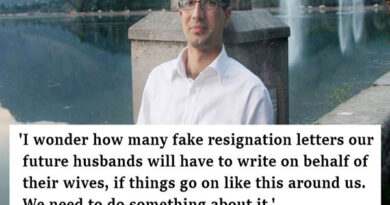 Shah Faesal’s Facebook post about a woman’s resignation letter has left people fuming, for more reasons than one. 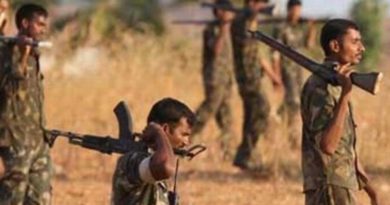